The SNP has applied to watchdogs to have two variations of “i” next to the party’s name on voting slips. It comes as the First Minister presses ahead with preparations for a rerun of the 2014 ballot on separation by publishing new legislation despite Boris Johnson’s veto. Ms Sturgeon has previously set out her plans to seek a vote on breaking up the UK in the early part of the next Holyrood term, which runs from 2021 to 2026.

Her call was ramped up last week after SNP Westminster leader Ian Blackford said it could take place this year.

Under plans announced by the SNP in January, the party intends to request a Section 30 order from the Prime Minister if it wins next month’s poll.

Mr Johnson has ruled out granting any such permission while he is in office.

But in the event of a pro-independence majority the SNP will bring forward legislation to hold a referendum.

It claims the UK Government would then have to grant the power to hold the vote or take legal action to dispute the basis of holding it.

Ms Sturgeon’s Government is now poised to publish a Bill within days setting out the timing and potential question for a plebiscite.

He said: “The SNP are going full steam ahead on dividing Scotland with their push for indyref2. 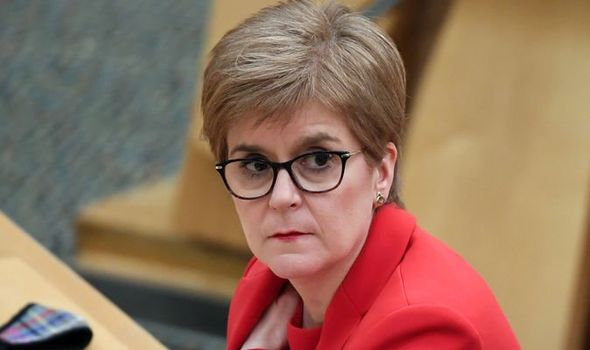 “They don’t even mention rebuilding Scotland or recovering from Covid-19.

“It’s the height of recklessness that shows an extreme disregard for Scotland’s recovery efforts.

“Scotland wants to get out of this health and economic crisis but the SNP are pushing an indyref2 Bill that would drag us right back into another crisis.”

The strategy could backfire if as in 2016 the SNP falls short of a majority.

A new Panelbase poll for the Sunday Times at the weekend found only a quarter of Scots wanted a new referendum within a year, with a further 30 per cent backing one before 2026. 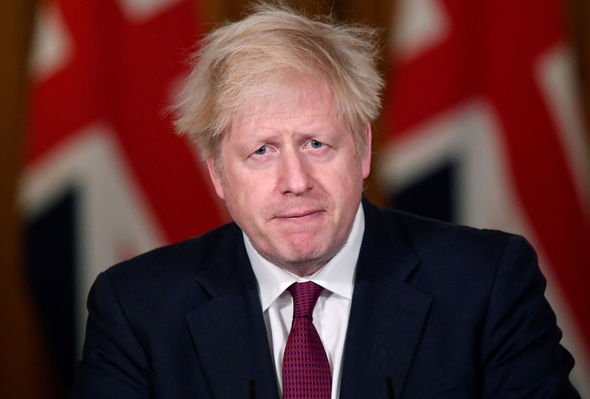 In February, the Conservatives applied to register two anti-indyref2 slogans, including “Not Another Referendum, Time For Recovery”.

At the weekend Ruth Davidson, the Scottish Tories’ Holyrood leader, called on pro-UK voters to unite behind her party to derail Ms Sturgeon’s independence drive.

Scots Lib Dem cam Alistair Carmichael MP said: “Voters can see in black and white that the SNP are prepared to put another independence referendum ahead of health and education and jobs.

“Another referendum won’t get a single operation back on track or improve a single child’s education.”

Pamela Nash, chief executive of Scotland in Union, added: “This tells you everything you need to know about Nicola Sturgeon’s priorities.

“The SNP could have prioritised recovery, health, education or jobs on the ballot paper, but it has chosen division.

“This astonishing decision means that voters will have it in black and white on the ballot paper – the SNP’s only focus is a divisive second referendum.”