Newly appointed DUP leader Edwin Poots attacked the EU and the Northern Ireland protocol in a frustrated rant. While speaking to the BBC, Mr Poots argued that the Brexit Northern Ireland Protocol would likely cause issues. He added the European Union hasn’t provided any clear guidance on how it would work in practice.

He said: “I haven’t seen evidence that the Northern Ireland protocol can become workable.

“I think the European Union haven’t out forward arguments besides we have signed this protocol and everyone has to abide by it.

“This protocol’s implications were not fully understood by the European Union or Great Britain when it was signed.”

Mr Poots continued to attack the EU for refusing to make changes to the protocol to resolve the issues. 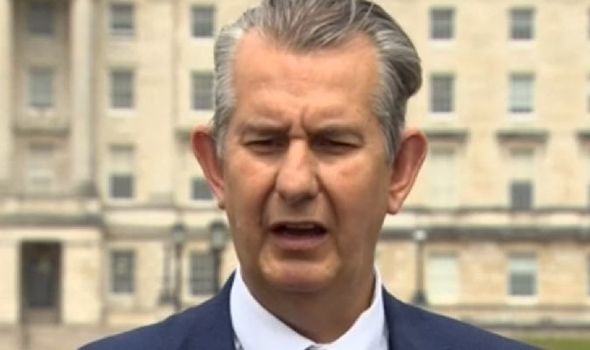 “I would also say that in terms of it, the EU have been incredibly difficult when it comes to these issues.

“That is not good enough.

“That is not a way forward.”

Mr Poots closed by insisted the EU had not shown good faith and had shown no intention to reduce the checks of goods going into Northern Ireland.

“The European Union have not demonstrated good faith when it comes to the protocol.

“They have broken the protocol in so many ways themselves.

“Where is the smooth transition? Where is the move to reduce the number of checks, which is all contained within the protocol?

“None of that is actually being applied so they are breaking the protocol themselves in how they have conducted themselves.”