The Leader of the Labour Party insisted that it was time to look forwards and make Brexit work. Sir Keir Starmer claimed the deal needed to be improved and remained firm in his hopes of fixing the Northern Ireland protocol. There has been much political discussion this week as to whether the new Prime Minister should seek to rejoin the single market and Mr Starmer gave his stance on the matter and said no.

Broadcaster Andrew Marr said: “You made a very important speech last week at the Irish embassy.

“Is it no to single movement forever?”

“We need to make Brexit work and that means that we need to improve the deal we’ve got, this deal the Governments got.

JUST IN: ‘Desperate’ Putin authorises over 100 new laws in a day including Hitler-esque youth group 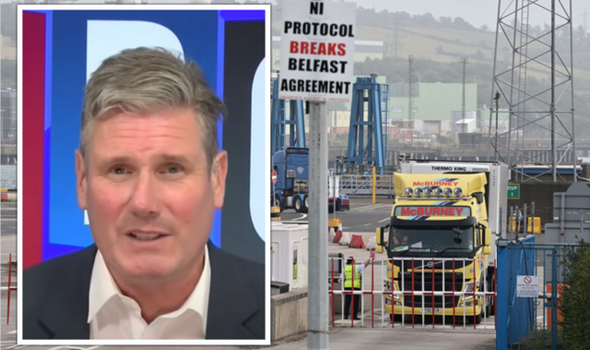 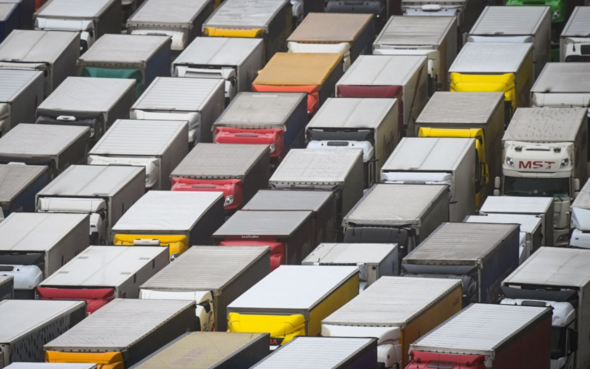 The leader of the Labour Party added: “That Boris Johnson’s got that’s holding us back, all they’ve really ever had is the slogan get Brexit done.

“I want us to make Brexit work, and to do that we can’t look back, we’ve got to look forward and that’s why I set out in that speech Monday a week ago I think it was Andrew.

“The five things we need to do, which is to fix the Northern Ireland protocol, to reduce the barriers to trade.

“That’s the five-point plan I put forward, but we’ve got to look forward not backwards and that’s why I set that out.”

There has been much talk of a looming trade war over the Brexit negotiations.

Many political figures have slammed ongoing Prime Minister Boris Johnson for his perceived failings in securing deals and for the disruption caused to Brexit with the Northern Ireland protocol row.

Due to Mr Johnson’s resignation, EU negotiators are hopeful that the new Prime Minister will sort the deals out.

The Director of the Eurasia Group has been unwilling to stop the threats of a trade war with the UK. 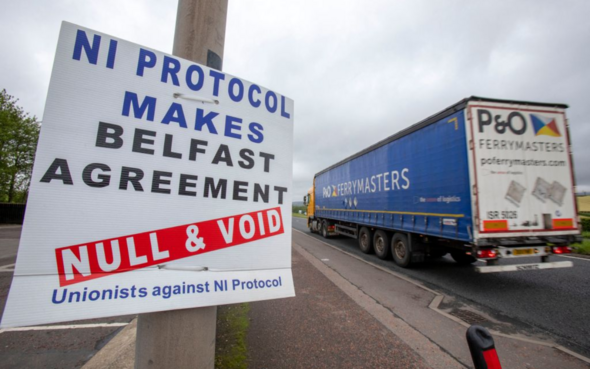 Eurasia Group director Muktaba Rahman wrote: “Despite the rhetoric of Tory leadership campaign, the fact UK will have new PM will present a new opportunity to do a deal. But candidates for No10 need to disabuse themselves of idea EU will offer them concessions simply because they’re not Boris Johnson.

“The EU feels broadly vindicated by its strategy – basically a non-escalatory holding pattern. There’s also a belief (correct in my view) that UK Government’s decision to go ‘radical’ & ‘unilateral’ with the Northern Ireland Protocol Bill rather than via Article 16 has weakened not strengthened Government’s position.

“Boris Johnson was a serious roadblock to productive relations. Now he’s going it’s becoming even clearer just how much he was disliked in EU.

“So senior EU officials talk about the fact the UK/EU could be ‘at the start of a new cycle’. There is no expectation or naiveté about UKG fundamental position changing – for now. But the ‘positive effect’ of a new PM could potentially open up space for (intense) negotiations.”

“That will obviously apply most to Rishi Sunak,”