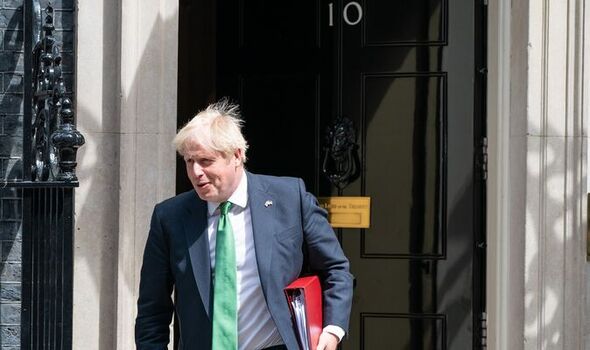 The outgoing premier is due back for one last clash with Sir Keir Starmer over the despatch box next week before Parliament’s summer break and the arrival of the removal vans in Downing Street.

But yesterday’s session felt suspiciously like it could be the last. There was a valedictory air to proceedings. Mr Johnson hinted a reason may be found to allow him to skip the final head to head with the Leader of the Opposition.

“The next leader of my party may be elected by acclamation so it’s possible this will be our last confrontation,” the Prime Minister told Sir Keir yesterday.

He was suggesting the contest to find his successor could be stitched up among MPs more rapidly than expected. His aides denied there was any prospect of such a “coronation” without a final vote by Tory party members.

But many at Westminster suspect the Prime Minister could well find a pressing engagement or overseas visit that keeps him away next Wednesday.

Mr Johnson certainly was in a jovial mood yesterday, cracking jokes about his ejection from Number 10 at the hands of mutinous colleagues. Liz Truss, one of the frontrunners in the leadership contest, perched at his side. The Foreign Secretary is picking up support among Johnson loyalists.

While the Prime Minister is keeping mum about the race to pick his successor, their positioning smacked of a tacit endorsement.

First up with a question,Tory MP Robin Millar recalled the Prime Minister quaffing a local tipple on a visit to Aberconwy.

“I much enjoyed the Penderyn whisky that we sampled together – though I ignored the revolver as some of you may have noticed,” Mr Johnson chortled.

Next, Sir Keir popped up with scripted gags. “May I welcome the new Cabinet to their places. It is truly the country’s loss that they will only be in post for a few weeks,” he quipped. 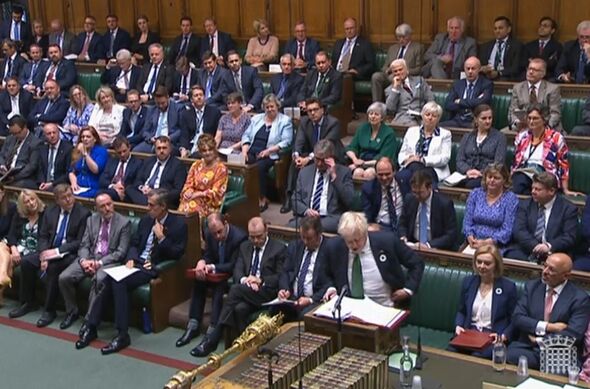 The Labour leader suggested the Prime Minister was “feeling demob happy” after the Cabinet coup and taunted his outgoing opponent about being left with “a mortgaged-sized decorators bill that will be soon for somebody else’s flat”.

The Labour leader went on to ask technical questions about rules covering the non-domicile mega-rich. His attack appeared to be a swipe at Rishi Sunak, whose wife was a non-dom until recently.

Labour bigwigs appear to be betting the former chancellor will be the next PM. Mr Johnson hit back: “I think it’s possible he’s referring not to me but some of the brilliant candidates vying for my job.

“Any one of them would wipe the floor with Captain Crasherooney Snoozefest.”

Mr Johnson claimed Labour were “very happy to see people languish on benefits, we believe in getting people into good jobs. And I’m looking for one.”

And he milked the occasion to celebrate his record in office, pointing to his delivery of Brexit and the world’s fastest vaccine rollout as well as his diplomatic leadership on Ukraine.

“I will be leaving soon with my head held high,” he told MPs.

Appropriately, given the light-hearted atmosphere, PMQs began with some pantomime.

Two MPs from the Alba Party, a breakaway from the SNP, were thrown out for disrupting proceedings with ranting demands for an independence referendum.

Mr Johnson sat back and smiled.

He clearly enjoyed the spectacle of someone in politics other than himself being forced out the door.