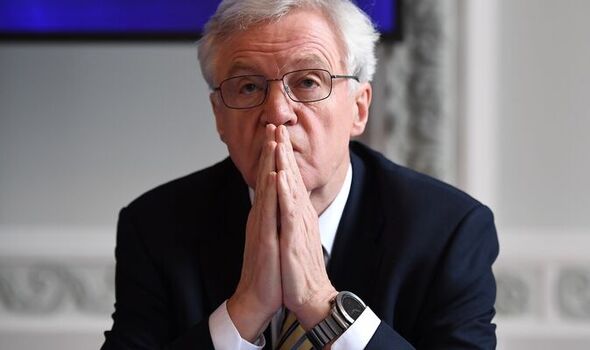 The ex-Brexit secretary claims the new Online Safety Bill is “dangerous” and “authoritarian”. He said it would lead to censorship by tech companies and grant too much power to the Government of the day. Mr Davis is particularly concerned about requirements for large online platforms to address content that is considered “legal but harmful”.

He worries that tech bosses, in fear of being fined, will “censor people” who have not broken any laws.

The Culture Secretary will also have the power to add to the list of categories of material that must be addressed by online companies.

Writing for the Sunday Express, he said the Bill “represents a devastating blow” to freedom of speech and “true Conservatives should have nothing to do with it”. Ruth Smeeth, of Index on Censorship, described the Bill as “a dangerous mess”.

She said: “There are some things to welcome, not least an 11th-hour realisation that these proposals bring with them a tremendous risk to freedom of expression, journalistic freedoms and democratic liberties. But instead of scrapping the absurd concept of ‘legal but harmful’, ministers have chosen instead to make themselves arbiters of what will be covered by this description.

“There remain provisions in this Bill that are worthy of support, from child protection to tackling online scams. Yet while it retains at its heart a dangerous approach to freedom of expression and journalistic freedom, we will redouble our efforts to make ministers think again.”

And as speculation mounts over an overhaul of the Human Rights Act, a spokesman for human rights group Liberty also expressed concerns.

He said: “We cannot afford to give too much power to the Government – and subsequently all future governments – to determine what is and isn’t allowed to be said online.”

A Government spokesperson criticised Mr Davis’s remarks, saying: “This is a misunderstanding of the Bill and it is a shame it keeps being repeated. The Bill will not require social media firms to remove legal content, but will require them to protect children from adult material and do more to remove illegal content.”