The outgoing Prime Minister promised help for struggling households would be announced next month, whoever wins the Conservative leadership contest. Mr Johnson admitted the months ahead would be “tough, perhaps very tough” as households face “eye-watering” energy bills. But he insisted: “We have made the long-term decisions, including on domestic energy supply, to ensure our bounceback can and should be remarkable and that our future will be golden.”

He added: “I have never been more certain we will come through this well – and that Britain will emerge stronger and more prosperous on the other side.”

The Prime Minister, who is expected to leave office on September 6, said: “Next month – whoever takes over from me – the Government will announce another huge package of financial support.”

Mr Johnson blamed Russian dictator Vladimir Putin’s war in Ukraine for soaring energy bills, using a valedictory message as PM to tell the Mail on Sunday: “It was Putin’s barbaric invasion that spooked the energy markets.” On Friday, regulator Ofgem announced that a new energy price cap would push the average household’s yearly bill up to £3,549.

It comes into effect for 24 million households in England, Scotland and Wales on October 1, and will remain until December 31. And experts warn there are further price hikes to come, with consultancy Auxilione predicting the cap could reach £7,700 from April.

The Government has so far announced a £37billion programme of support for households, including a £400 discount on energy bills, a £150 council tax rebate and a cost-of-living payment of £650 for the most vulnerable.

Critics, including Labour leader Sir Keir Starmer, have said the Government is failing to act on the increased price cap because of the leadership battle between former Chancellor Rishi Sunak and Foreign Secretary Liz Truss.

Sir Keir said the country faced “a state of emergency” and warned there was “a lot of frustration bordering on anger” at the way the contest had prevented the Government from acting. 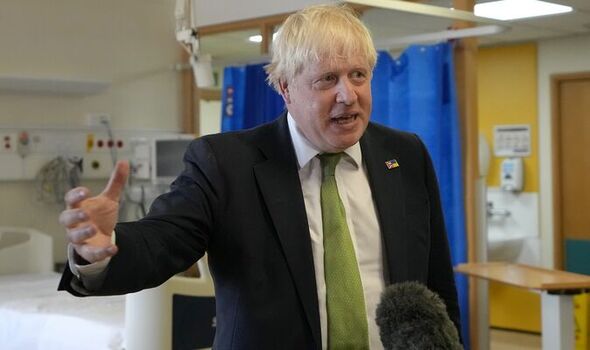 Speaking to the Sunday Express, he said: “Millions of families and households are going to be worried sick. These are not just small rises in their energy bills, these are massive.

“I’m struck by the number of people who have said to me they are not among the hardest up, but they are really going to struggle with this.”

Labour is calling for the price cap to be frozen, paid for by a windfall tax on oil and gas companies.

Sir Keir said: “This is a state of emergency. That is why we need action. There are many people frustrated with the Government being missing in action.

“There will be many families, Sunday Express readers, who will be heating their homes come winter and paying huge bills. We need to force the Government to act. But they are sitting on their hands.”

And think tank the Centre for Social Justice, founded by former Conservative leader Iain Duncan Smith, has warned the package of support announced so far by the Government falls “worryingly short” of what is needed.

It has called for emergency tax cuts for the poorest workers and targeted welfare payments to help vulnerable households.

Joe Shalam, policy director at the CSJ, said: “Poorer families, especially those with children, spend a much higher proportion of their income on energy bills than others.

“They are highly exposed to the unprecedented spike in the cost of living.”

Environment Secretary George Eustice said: “Both candidates have said they will do more. You don’t have long to wait, there will be a new Prime Minister in place in 10 days or so.”

And Business minister Greg Hands, writing in the Sunday Express, said officials were already working on new plans to tackle the cost-of-living crisis.

“This Government has always acted to protect this country at times of challenge, and we will continue to make sure that Brits aren’t left hard up,” he said. “This is why preparation is underway to ensure any extra support can be delivered as quickly as possible when the new Prime Minister is in place.”

Rishi Sunak has told the Sunday Express of his plans should he become the new occupant of No 10.

“I won’t let working families and pensioners down,” the former Chancellor insisted.

“I’ll do what it takes to protect them, ensure they can keep warm in winter and put food on the table. This winter is going to be challenging. Bills are going up and families are worried. I get it.

“I understand the anxiety that Friday’s announcement must be causing. So today I want to provide reassurance for everyone. I stepped in during Covid, I stepped in in spring when energy bills first went up, and if I am made Prime Minister I will step in again.

“I’ll put in place a £200 VAT cut to energy bills on average and I’ll increase the payments for pensioners and those on low incomes because those are the people who need the most help.”

Ms Truss said she will take action by reversing the rise in national insurance and suspending the green levy on energy bills, bringing down average bills by £153.

A spokesperson for the Foreign Secretary added: “She will immediately take action to put more money back in people’s pockets.”

The owners of the luxury cake company who made Pixie Lott’s wedding cake and provide services to The Savoy Hotel, have said they will have to raise prices to cope with the cost-of-living crisis.

Husband and wife Khaled Moustafa, 39, and Nina Kamal, 36, own Erzulie Cakes, founded in 2014 in Melbourn, Cambridgeshire.

Mrs Kamal, left, a former teacher said: “Profit margins are decreasing due to rising costs and we have to think about whether it’s worth our time. We just want to focus on creating something beautiful, and being a part of people’s big days and this just adds unnecessary stress.”

Pop star Pixie, 31, tied the knot with model Oliver Cheshire, 34, above, at Ely Cathedral in June.

What is the energy price cap and how does it work?

Industry regulator Ofgem introduced the energy price cap in 2019 to stop companies from making excessive profits from customers on standard or default tariffs. It limits what you pay for each unit of gas and electricity, and sets a maximum daily standing charge, which is what you pay to connect to the National Grid.

Its level is largely based on wholesale energy prices paid by suppliers and applies only to standard and default tariffs.

The cap was introduced to protect such customers, and to stop them from being ripped off.

Cheaper fixed-price deals have largely ended and now about 85 per cent of the population are having to pay for gas and electricity at the price cap, which Ofgem has decided to set every three months instead of the previous six. 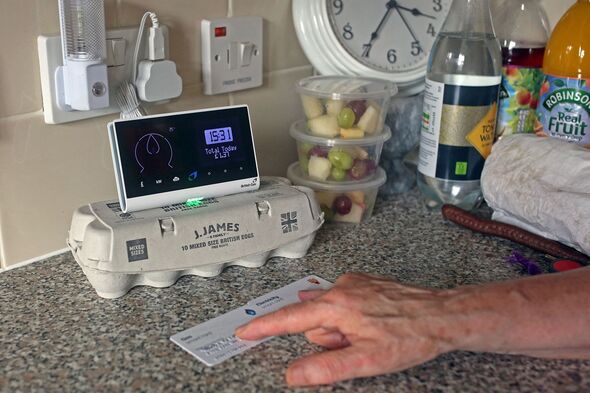 Student costs are ‘spiralling out of control’ says NUS

University students have been warned to brace for hardship as costs “spiral out of control”. The National Union of Students has seen rising numbers of those in higher education relying on loans, food banks, multiple jobs and missing meals to make ends meet, writes Lucy Johnston.

As the new term starts this autumn, it warns many will be pushed to the brink. And it highlights research carried out by the Institute for Fiscal Studies showing the 2.3 per cent uplift in student maintenance payments was based on an inflationary forecast error that was made in November 2020 – a vast underestimate that means many will not be able to cover basic costs.

The NUS-collected data, from last term, shows many undergraduates are no longer using the library or going to work experience placements because they cannot afford the fuel while others are cutting back on essential books and equipment.

Research also shows landlords are rewriting contracts, with spiralling heating and water bills increasing pressure on students. Its survey found one in three are left with less than £50 a month after paying rent and bills. More than one in 10 use food banks and 12 per cent have taken out bank loans. Average student rent has risen 61 per cent in the last 10 years, and nine in 10 students say balancing finances has damaged their mental health.

An NUS spokesperson said: “Students’ costs are spiralling out of control. Without intervention, we fear no amount of budgeting is going to stop students from falling into poverty this autumn.”

Ben Waltmann, senior research economist at the Institute for Fiscal Studies, said: “The value of government support for living costs for university students from the poorest families will fall to its lowest level in seven years in the coming academic year, as maintenance loan entitlements will fail to keep up with inflation.”

A Department for Education spokesman said: “We have increased support for living costs on an annual basis for students from the lowest-income households since the start of the pandemic, and they have access to the largest ever amounts in cash terms.”

More than a quarter of parents are using “buy now, pay later” offers for school uniforms, a survey shows.

And over half of parents have been unable to afford to feed and entertain their children during the summer holidays – while almost 20 per cent took a loan to help cover costs.

The revelations, from a survey of 1,330 parents of children under 17 by national debt advice group DebtBuffer, discovered as many as 27 per cent of parents will use deferred payment schemes to fund uniform needs.

How dear will kitchen be to run?

Consumer watchdog Which? has calculated how much more household appliances will cost to run on average after October’s energy price hikes.

It estimates an annual washing machine will increase from £63 to more than £117, if it is used four times a week.

A full-size dishwasher will go up from £83 to £153, based on five times a week use across the year.

An integrated fridge freezer currently costs £73 to run, with freestanding models costing £84. After October they will go up to £136 and £155 respectively with American models guzzling even more.