Speaking during PMQs in the Commons, the SNP MP argued that as both Brexit and coronavirus will damage the UK’s economy in the short term, the Prime Minister has the chance to delay the potentially damaging effects of leaving the EU by asking the Brussels bloc for an extension to the talks. He said: “Both COVID and Brexit is suppressing trade, damaging jobs and the economy and while we hope, as COVID ends, global trade will bounce back, there is no guarantee that will happen quickly.

“The Prime Minister, though, could mitigate some of this damage by seeking an extension to the Brexit transitional period.

“Can he explain to the House why he is being so negligent in not seeking that transitional extension now?”

But Mr Johnson hit back: “I think a lot of people in this country don’t want to see the Brexit argument reopened. 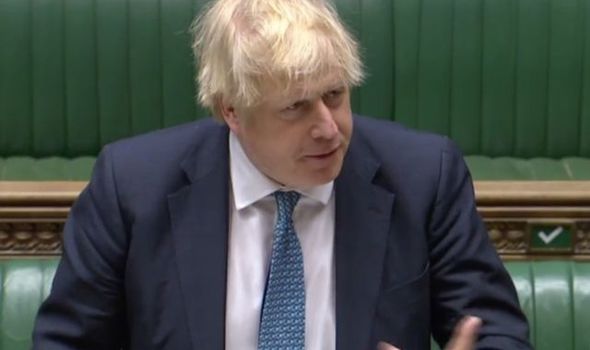 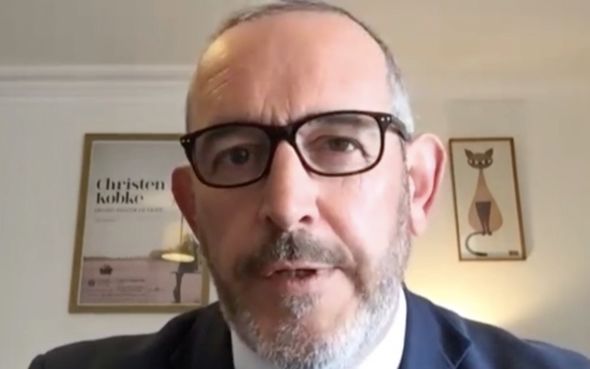 Ahead of PMQs, Northern Ireland Secretary Brandon Lewis also rejected opposition calls for an extension to the Brexit transition period.

Speaking during Commons Northern Ireland questions, SDLP Foyle MP Colum Eastwood asked: “Given all that is happening right now, is it surely not the time to begin to agree to a transition period extension so that we can finally get a proper agreement around Brexit?

“Because this isn’t possible to do in our view at this time.”

Mr Lewis responded: “First of all there is no reason why the (European) Commission should be requiring a permanent presence in Belfast to monitor the implementation of the protocol.

“We are focused on and determined to ensure we fulfil all of our obligations to deliver on the protocol and no, I think the best way we can give certainty and confirmation for business, is to follow through and deliver on our promise to make sure we leave and have everything in place for the end of December this year.”

SNP MP Kirsten Oswald (East Renfrewshire) also raised a query on the Brexit transition period, asking: “With COVID-19 consuming so much effort internationally, does the Secretary of State not agree that the EU simply won’t indulge further UK Government brinkmanship on transition?

“The resulting cliff edge will be a step too far for many Northern Irish businesses, so why is his Government pushing ahead with its reckless timetable despite widespread support across the political divide for an extension?”

How Brussels did NOT save stocks but crushed UK fishing [INSIGHT]
Brexit poll: Should Britain prioritise trade deal with Japan? [POLL]
Huge post-Brexit trade talks worth £1.5BN about to start with Japan [ANALYSIS] 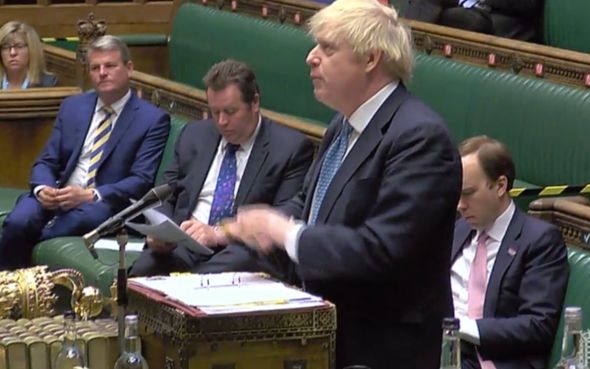 To which Brandon Lewis responded: “Well I have to say, I don’t recognise her reference to widespread support.

“There’s a very clear position for the British public, we stated in just December last year, to see things done so that we as a country can move forward.

“It’s in both our interest and the EU’s interest to be ready to move forward in January 2021 and the best certainty I think we can give business, and we’re focused on giving business, is that unfettered access for Northern Ireland businesses with the rest of the UK and we will do that through the Northern Ireland protocol.”

The UK Government is adamant it will meet the December 31 deadline to strike a trade deal with the EU as talks between UK’s David Frost and EU chief negotiator Michel Barnier resumed on Monday.