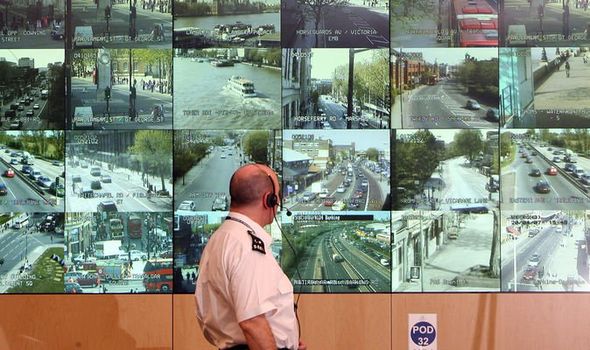 Policing Minister Kit Malthouse said officers would use GPS data to “forensically identify” areas and blitz them with frequent high-visibility foot patrols over short periods. The Home Office scheme was piloted by Essex Police in 20 areas over three days. It led to a 74 percent drop in violent crime and 32 percent fall in street crime on days when the patrols visited.

Other trials have shown similar results ‑ a recent hotspot operation by Bedfordshire Police led to harm from serious violence dropping by 44 per cent on patrol days.

The tactic is now being rolled out to 18 forces across the country.

Speaking exclusively to the Daily Express, Mr Malthouse said: “The technology is a revelation. It can pinpoint crime hotspots down to a 200 metre long parade of shops.

“The results have been striking. Now I want to see this replicated around the country.”

The crackdown comes as knife crime continues to rise, especially in London.

Police figures show there were 221 UK murders involving a knife in the 12 months to March 2021. In the capital there were a record 30 fatal stabbings last year.

Mr Malthouse said the hotspot policing scheme would allow police to “put their foot on the gas” to help drive down knife crime.

Analysis of police data will highlight which areas are most at risk.

Around £30million of additional funding was allocated to police forces in 2021 to tackle violent crime.

The number of police officers in the UK has increased in the past two years with the Government promising 20,000 more by 2023.

I was devastated to see a tragic milestone reached as we marked the new year. Two teenagers murdered in London meant the number of teen homicides for 2021 reached 30, the most since 2008 in the capital.

As I learnt as Deputy Mayor, when Boris Johnson first put policing in my hands, we have a moral duty to do everything we can to stop the killing.

And that is precisely what the Government is doing. Knife crime has gone down in the past two years – with an 18 percent fall in hospital admissions for assault with a sharp object.

Evidence is guiding our work and one really exciting example of this is the Grip programme, which uses data to forensically identify violence hotspots and target frequent police patrols accordingly, using GPS tech.

The force has seen hundreds of fewer crimes committed over the period this tactic has been used.

And we remain determined to divert young people away from crime, including through our Violence Reduction Units, which have reached 300,000 at-risk young people so far.

We have laid the groundwork ‑ now we are pressing on the accelerator.

Kit Malthouse is Minister for Policing