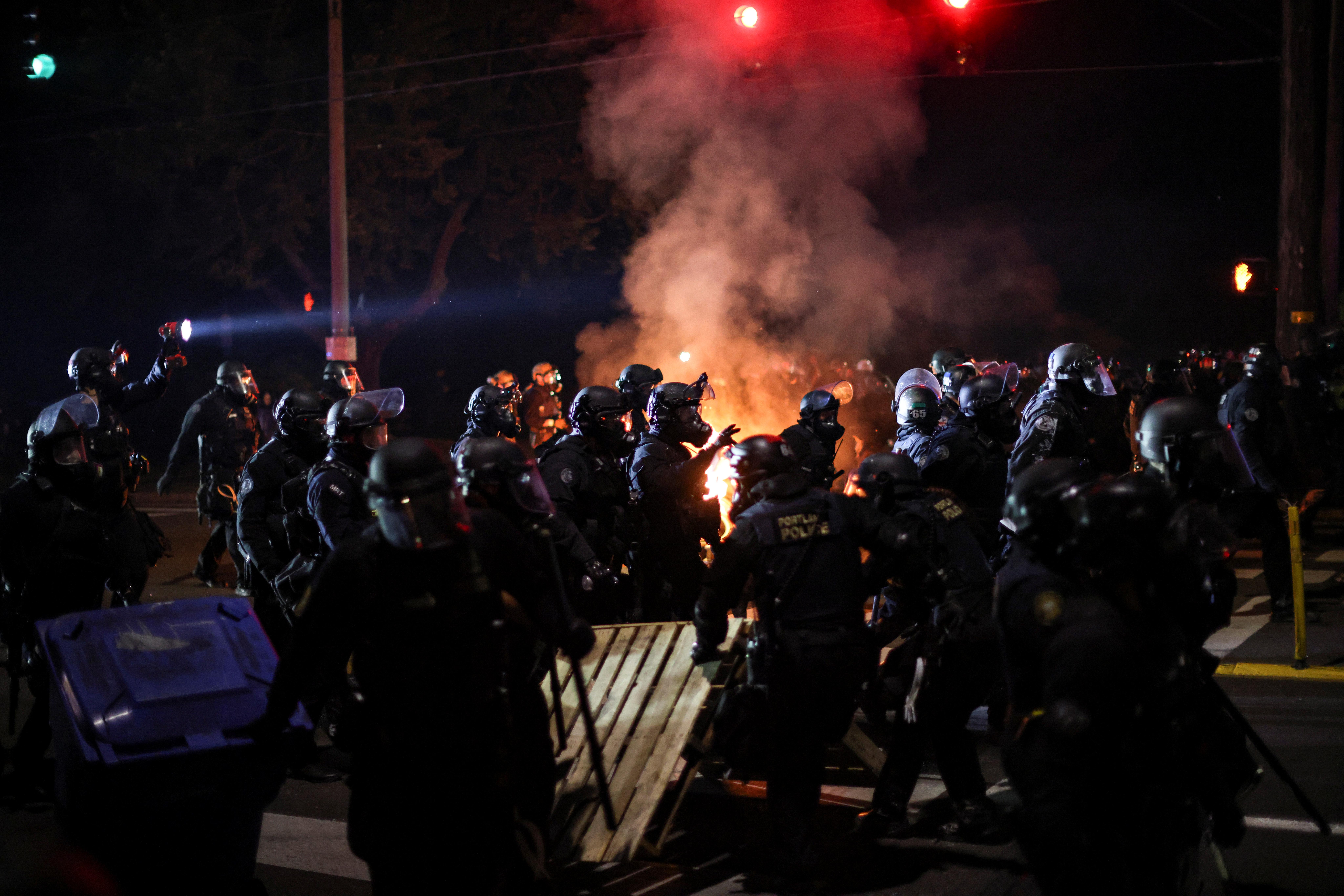 (Reuters) – Protesters in Portland threw fire bombs at police on Saturday night and at least one person was injured, police said, on the 100th day of demonstrations in the Oregon city over racial injustice and police brutality.

Police described what they called “tumultuous and violent conduct” by protesters on the city’s Southeast Stark Street.

“Fire bombs were thrown at officers, injuring at least one community member”, police said bit.ly/34lgHyK on Twitter while re-tweeting a video posted by a New York Times reporter showing fire bombs being thrown and a protester running with his legs on fire.

Portland has seen nightly protests for over three months that have at times turned into violent clashes between demonstrators and officers, as well as between right- and left-wing groups.

Police said they made arrests but did not give a number.

“There were hundreds at the beginning (of Saturday night’s demonstrations). Arrests have been made, yes”, police told Reuters in an emailed statement when asked about the crowd size and whether arrests were made.

Demonstrations erupted around the United States following the death in May of George Floyd, a Black man, after a Minneapolis police officer knelt on his neck for nearly nine minutes.