She announced this week that she will not stand in the Tory leadership race despite many Tory MPs backing her to run. In a statement, the Home Secretary said that while she was “grateful for the encouragement and support” of colleagues, “I will not be putting my name forward for the ballot of MPs”. Ms Patel is yet to endorse any candidates – it has previously been claimed that she could team up with Attorney General Suella Braverman. Thanks to the controversial Rwanda policy for immigration and her Police, Nationality and Borders Bill, Ms Patel has come under a lot of criticism.

Speaking to the Telegraph’s Camilla Tominey in June, Ms Patel opened up on her personal life.

Her eyes “welled up” when she talked about her 13-year-old son Freddie.

In the interview, Ms Patel said: “My son is just wonderful. He puts up with a lot, which someone that age shouldn’t have to put up with.”

“He knows what I have to put up with.

“There have been days when I’ve told my mother-in-law, who my son is with a lot of the time, ‘don’t let him see any news, you have to just turn it off.’”

Ms Patel admitted she sometimes feels “guilty” due to her job dragging her away from family celebrations. 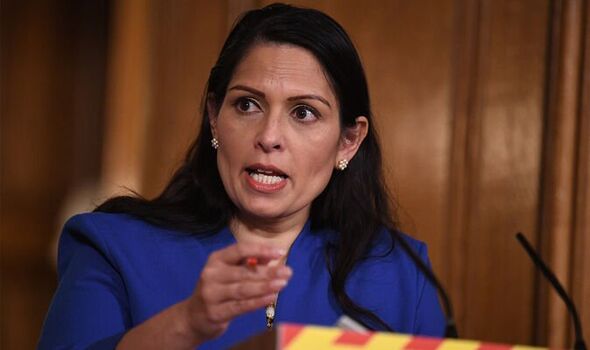 The Home Secretary recalled a moment when her son’s birthday was ruined two years ago.

Ms Patel said: “We just brought the family together and were doing something at home in the garden. The day was completely wrecked because we had some small boats issues [in the Channel].

“He and my husband are the anchors in my life – they are the two most understanding people. But the rest of my family were like: ‘What the hell are you doing?’

“I’m afraid that is normal. It shouldn’t be normal, but it is.”

Ms Patel’s stance on immigration has arguably won her as many plaudits as it has critics.

While some have praised her for taking a hard line on Channel crossings, the Rwanda policy has raised concerns for a number of reasons. 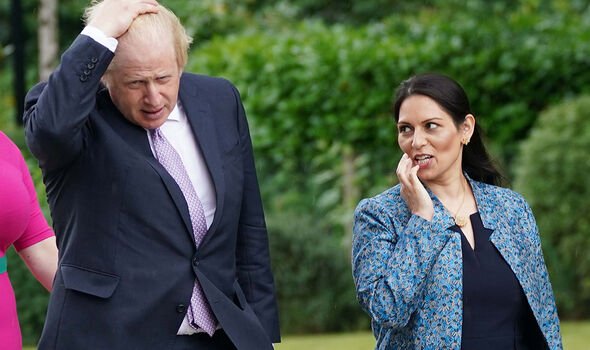 There are also fears that refugees from the LGBTQ community could be mistreated.

It has also been reported that those who fled war-torn countries such as Ukraine or Syria can be sent to the African country.

It was halted by judges at the 11th hour by an intervention from the European Court of Human Rights.

In the same Telegraph interview, Ms Patel addressed the criticism of her immigration stance.

She said: “I’m pretty unapologetic about illegal migration, primarily because our country has just been so prone to it for such a long time. 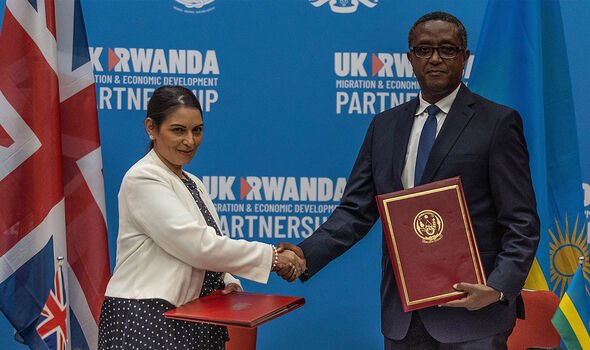 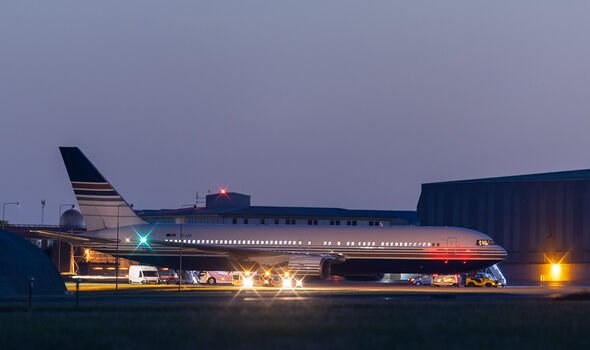 “If I’m really honest, it was that burning stone that all my predecessors left in the corner to simmer away. And I was the one who picked it up. It is deeply challenging, but we have to deal with it. It’s my duty and responsibility because no one else will do it.”

“Even on my watch, we’ve done a lot for people from Hong Kong, Afghanistan, Syria, Ukraine.

“That’s the right thing to do, but you know, these gangs have been operating for decades, on the back of lorries.”

The Joint Council for the Welfare of Immigrants, an organisation that offers advice to those who are the victims of unjust immigration policies, told Express.co.uk in June that the Rwanda policy is cruel.

They said: “Most of us are caring people who want to see people fleeing conflict treated with compassion and respect, whether they’re Ukrainian or Syrian.

“But as soon as Boris Johnson lands himself in political hot water, his Government makes a cruel new anti-refugee announcement, in a blatant attempt to stoke hatred and divert our attention elsewhere.

“This does nothing to solve anyone’s problems and puts people’s lives at risk.

“We know the introduction of safe routes, like humanitarian visas, could prevent perilous crossings and save lives, so why doesn’t this Government take the action we know is needed instead of repeatedly using refugees as a political football?”