Brexit is a 'failure' for the EU says Michel Barnier

This morning the European Parliament overwhelmingly voted for the implementation of the trade deal negotiated by Lord Frost and Michel Barnier last year. The agreement has already been provisionally implemented since January and was given its consent by the UK Parliament on December 30.

Today’s vote on the pact in Brussels is the final step of the formalising of the deal.

He wrote on social media: “The European Parliament just ratified the Brexit agreement with Britain.

“Our mission now is to reverse this and get Britain back into Europe, where we must be for our prosperity and security.” 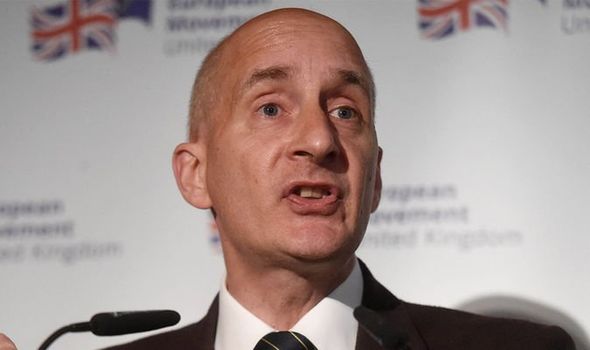 In a follow-up tweet he added: “Reversing Brexit is achievable.

“It is a case not of bringing Lazarus back to life but of telling Johnson, Farage, Gove and Cummings to get lost.

“A great democracy and a great people which can’t do that can’t achieve anything much.”

His warning the prosperity and security of the UK are undermined outside of the EU comes despite forecasts indicating Britain will bounce back from the pandemic faster and quicker than the bloc.

On Sunday Goldman Sachs said it was expecting the UK economy to grow by a “striking” 7.8 percent in 2021.

The expected boom is even higher than the 7.2 percent growth predicted for the US. 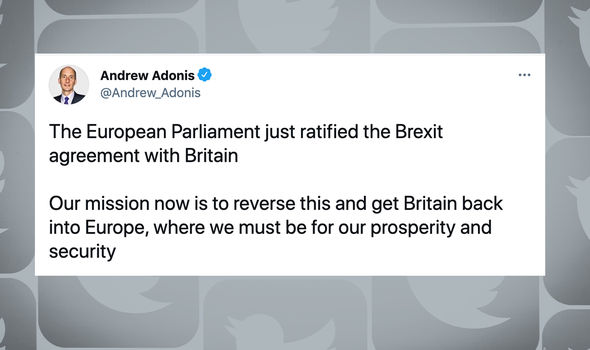 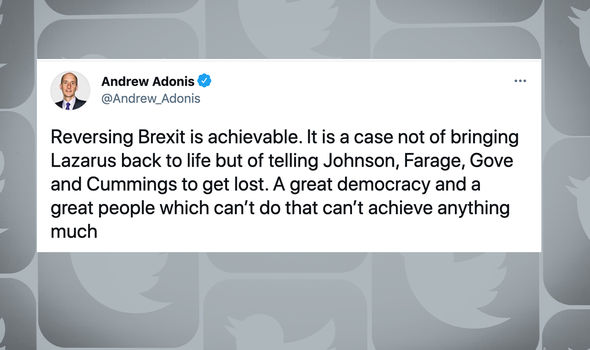 “The UK economy is rebounding sharply from the Covid crisis,” the bank said.

Meanwhile, Ian Stewart, the chief economist at Deloitte said: “The UK is primed for a sharp snapback in consumer activity.

“High levels of saving, the successful vaccination rollout and the easing of the lockdown set the stage for a surge in spending over the coming months.”

The expected growth is in contrast to the EU. 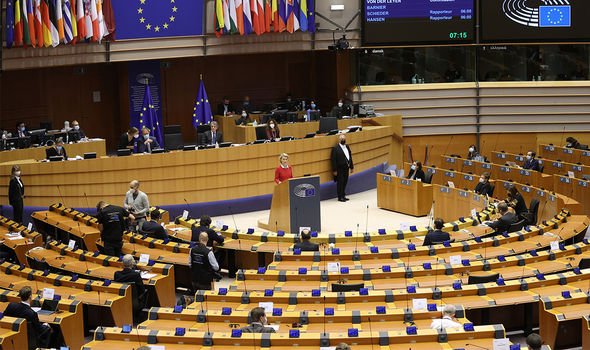 The latest forecast from the International Monetary Fund said the eurozone would grow by 4.4 percent in 2021.

As well as the UK set to bounce back economically from the pandemic quicker than the EU, rapid vaccine deployment has also helped keep Brits safe.

So far over 50 percent of the entire population of the UK has received at least one injection of a life-saving vaccine.

In the EU the figures is less than half that amount at 22 percent.

The quick rollout of jabs has led to a huge drop off in new coronavirus infections in the UK.

There have been 16,325 new cases recorded in the past seven days, the number is a quarter of the figure registered daily at the height of the pandemic in January.

Meanwhile, countries in Europe are beginning to see coronavirus cases skyrocket again due to the sluggish jab rollout.

New lockdown measures have been announced in countries such as France.

In Spain the seven-day average has more than tripled in a month.