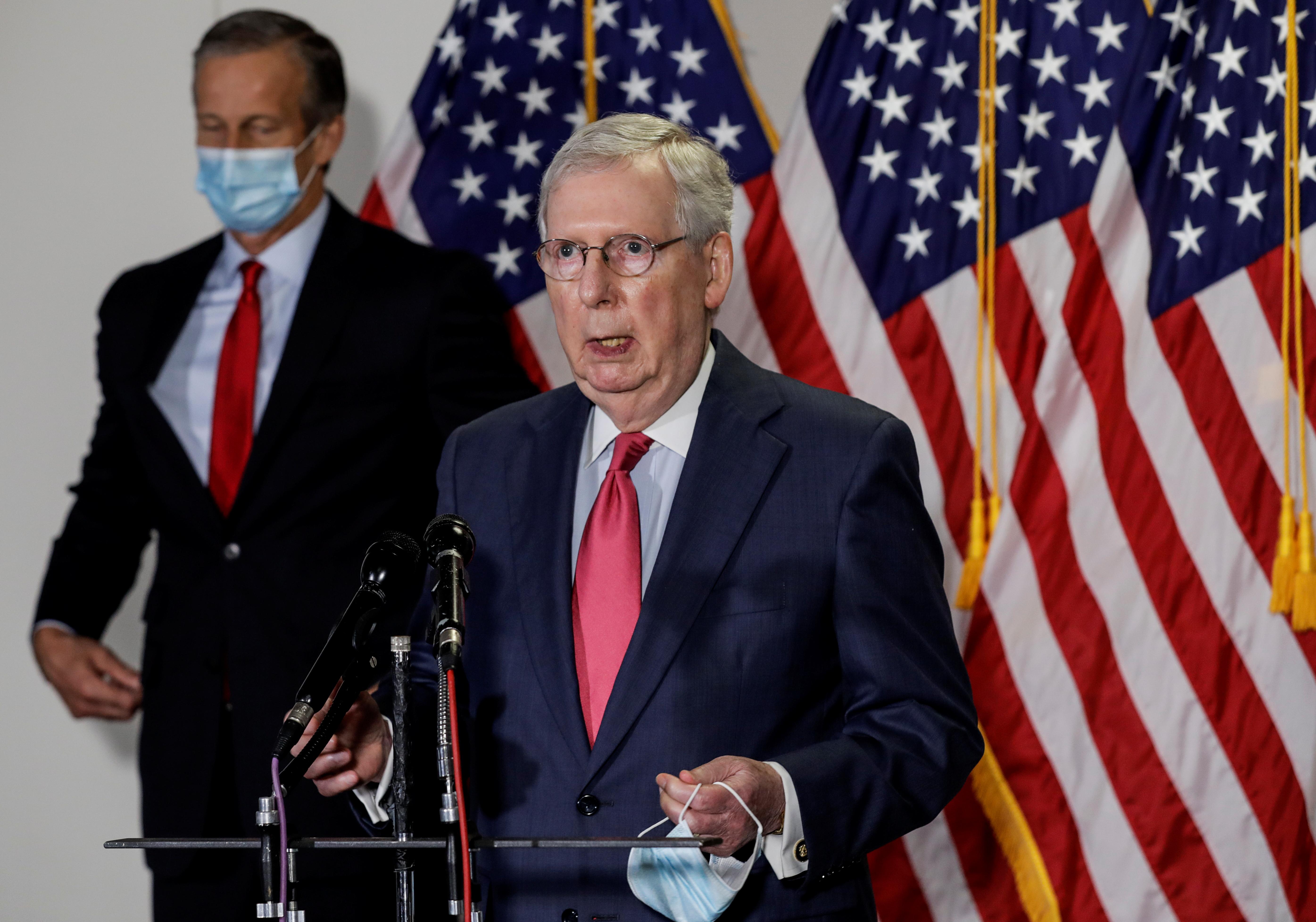 WASHINGTON (Reuters) – Republican leaders in the U.S. Congress said on Tuesday they were in no hurry to work on another coronavirus relief package, despite the House of Representatives’ passage last week of a $3 trillion measure.

“We need to assess what we’ve already done, take a look at what worked and what didn’t work, and we’ll discuss the way forward in the next couple of weeks,” Senate Majority Leader Mitch McConnell told reporters after President Donald Trump spoke to a Senate Republican luncheon.

House Republican leader Kevin McCarthy also said he saw no need for another coronavirus bill now, but told reporters he could back lengthening the loan period for small businesses to 10 or 12 weeks from the current eight.

Senator Lindsey Graham said Republicans would not extend the enhanced $600-per-week unemployment benefit that expires at the end of July, which conservatives have criticized because it pays some lower-income Americans more than they earned while working.

Graham said Trump told senators “he agrees that that is hurting the economic recovery.”

With the national jobless rate spiking to 14.7% in April, some lawmakers have discussed the need to revise unemployment insurance provisions.

McConnell is under pressure from the Democratic-controlled House, which passed a new, wide-ranging coronavirus bill on Friday. Its $3 trillion price tag is about equal to the cost of four previous measures enacted by Congress.

A bipartisan group of senators on Monday signed onto a bill to establish a $500 billion fund to help state and local governments, whose revenues are severely curtailed by coronavirus-related closings.