Journalist Dirk Kurbjuweit, who wrote the fiery editorial in Der Spiegel, acknowledged the coronavirus pandemic has presented extremely difficult tasks for every government. But he argued the German government has done far too little in the fight against the virus.

He said the handling of the pandemic lies with the Chancellor – and Mr Spahn was “jointly responsible for the mistakes”.

Mr Kurbjuweit continued: “The main responsibility lies with the Chancellor.

“Merkel’s overall balance sheet as Chancellor has been ruined.

“As health minister, he is jointly responsible for the mistakes.” 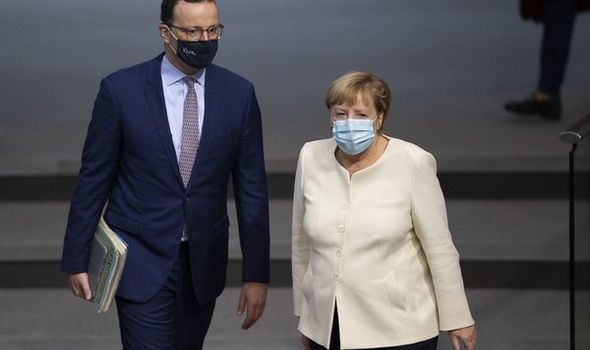 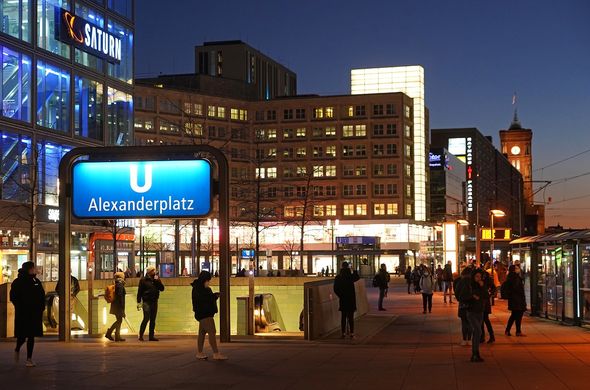 Mr Kurbjuweit continued: “Germany, it has to be said, is currently being governed terribly badly, by the Federal Chancellor, by the group of Minister-Presidents, by some ministers, namely Health Minister Jens Spahn.

“That must have consequences.”

Mr Kurbjuweit argued the health minister “no longer belongs in this office”.

He wrote: “That does not make the situation any better. 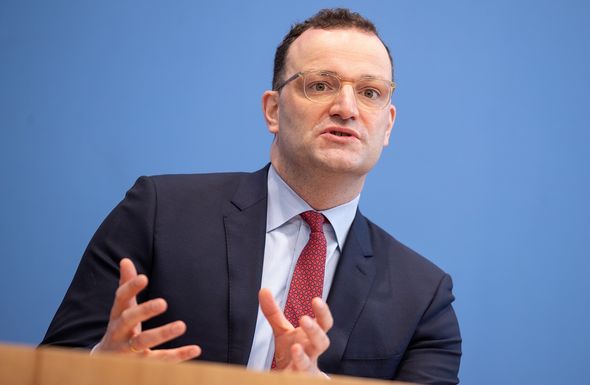 “For the health minister, however, this pragmatic-political objection does not apply.

“Spahn no longer belongs in this office.”

The German Chancellor and the regional leaders have faced growing pressure to set out plans to ease coronavirus restrictions after four months of lockdown. 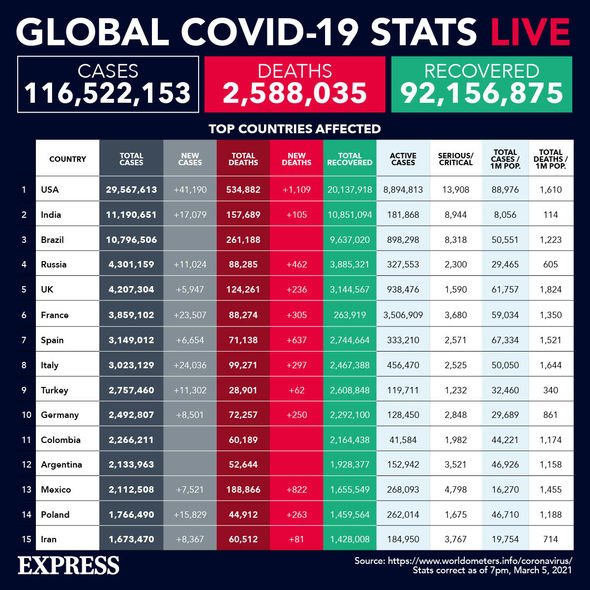 Daily cases are continuing to rise and only around five percent of the population have received the first vaccine dose.

Ms Merkel told reporters on Wednesday: “We are at the threshold of a new phase of the pandemic that we can go into not carelessly but still with justified hope.”

She too described the negotiations with the regional chiefs as “tough”.

Germany currently only allows the AstraZeneca vaccine to be given to people aged 18 to 64, which has led to a low take-up of available doses, slowing vaccination efforts. 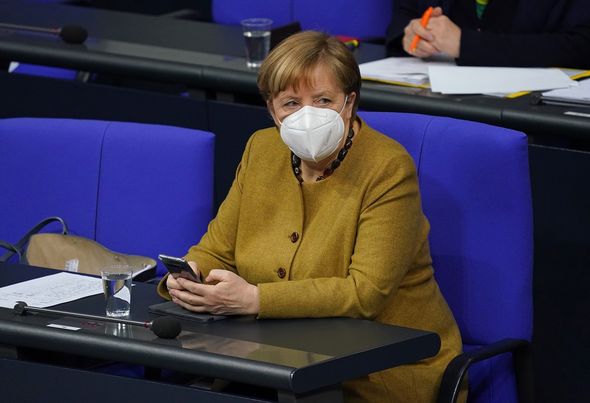 German ministers had previously claimed there was not enough reliable efficacy data to allow the vaccine jab to be used on the over-65s.

But this week Mr Spahns said the change in position is “good news for older people who are waiting for a vaccination.

He added: “They will get vaccinated faster.”

Original claims by a German newspaper that the Oxford jab was less than 10 percent effective on the elderly have also been widely disproven.