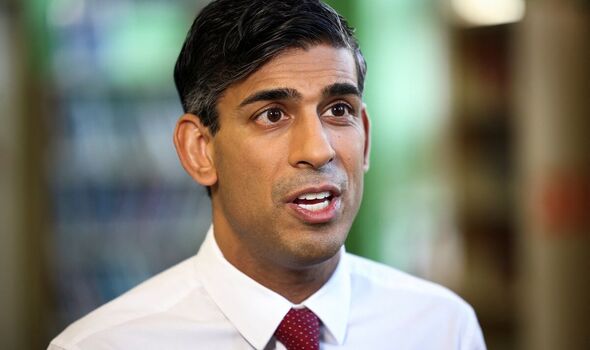 He admitted that health workers are facing a “tough time” but insisted there must be an end to “business as usual”, with extra funding accompanied by reforms to get record waiting lists down. Saturday’s summit was told that poor ­performance at a minority of hospitals is contributing to delays.

Senior doctors have warned the NHS is on a knife edge, with A&E units struggling to keep up with demand and ambulance services declaring critical incidents.

The Prime Minister has made cutting NHS waiting lists one of his five key pledges to the nation after they reached 7.2 million.

Ambulance delays outside hospitals have climbed to new highs with more than a ­quarter of patients waiting over an hour to be handed to A&E.

The Government is providing an additional £14.1billion to the NHS and social care over the next two years but Mr Sunak told health leaders that more money is not enough on its own.

He said: “During the pandemic we had to bring boldness and radicalism to how we did things in order to get through. I think we need that same bold and radical approach now because a business-as-usual mindset won’t fix the challenges we face.”

He thanked NHS staff as he talked about “many examples across the country in different bits of the health service where things are going well”. But attendees also heard there is “significant variance” in the performance of some NHS trusts, leading to long ambulance delays outside hospitals as ­paramedics waited to transfer patients.

More than half of ambulance hours lost to delays occur in fewer than 15 percent of trusts.

In addition, fewer than 15 percent of trusts account for half of year-long waits for elective and cancer care.

Measures discussed at the event included:

The Government is to publish “recovery plans” designed to improve ambulance and A&E waiting times in the coming weeks.

In a sign of how seriously Mr Sunak views the crisis he was joined by three Cabinet ­colleagues – Health Secretary Steve Barclay, Treasury Chief Secretary John Glen and Oliver Dowden, head of the Cabinet Office.

But health experts warned that the NHS is close to breaking point and there are no quick fixes. Professor Carl Heneghan, ­director of Oxford University’s Centre for Evidence-Based Medicine, said: “The waiting list should not have been allowed to get so high in the first place.

“The NHS is operating right at the edge of its capacity – it is always running hot and it is running out of goodwill from staff.

“The strikes are just adding to the disruption. Steve Barclay needs to get to the ­negotiating table and not emerge until there is a resolution.”

One senior consultant and NHS adviser said: “We have GPs telling people to use buses and taxis instead of ambulances when they need to be blue-lighted into hospital.

“Only last week a man physically carried his very sick father from his home to A&E because he couldn’t get an ambulance.”

Pharmacies could ease pressure on the NHS, according to an industry leader. As he prepared to enter the emergency talks, executive director of Day Lewis pharmacy group Jay Patel said pharmacies could test and treat infections and play a greater role in prescribing medications.

Consultant physician James Dunbar, who was at the forum, said: “I’m confident action will be taken. These are difficult problems to fix, though, so I think it’s unlikely we’ll have it sorted by the end of this winter.”

The crisis has been exacerbated by the worst flu season the UK has experienced for a decade, with an average of 5,105 flu patients in general hospital beds in England last week.

Hospitals continue to treat patients with Covid, and 9,332 patients in England were recorded as having the virus on January 4. A wave of strikes has also added to pressures.