President Trump’s personal lawyer has become caught up in Sacha Baron Cohen’s new “Borat” satire after he was shown with an actress in an edited scene. 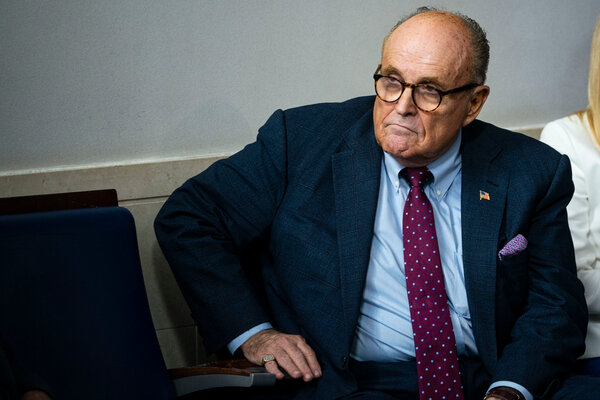 By Glenn Thrush and Neil Vigdor

President Trump’s personal lawyer, Rudolph W. Giuliani, has become caught up in Sacha Baron Cohen’s new “Borat” satire, shown in an edited scene following an actress impersonating a reporter into a bedroom and at one point reclining on the bed and putting his hands in his pants in what he later said was an attempt to adjust his clothing.

The excerpt from Mr. Cohen’s new “Borat Subsequent Moviefilm,” which will be released on Friday, was posted on social media early Wednesday after The Guardian reported that the movie contained “a compromising scene” featuring Mr. Giuliani, the former New York City mayor.

Late Wednesday, Mr. Giuliani called into WABC radio in New York to say that he had been tucking in his shirt after removing microphone wires. He chalked the scene’s early release up to a scheme to discredit his recent attempts to push corruption accusations against Joseph R. Biden Jr.’s son Hunter Biden.

“The Borat video is a complete fabrication,” Mr. Giuliani, 76, tweeted after he got off the air. “At no time before, during, or after the interview was I ever inappropriate. If Sacha Baron Cohen implies otherwise he is a stone-cold liar.”

“I called the police,” he said in a brief text exchange on Wednesday. “He and all his crew ran away leaving their equipment behind.” 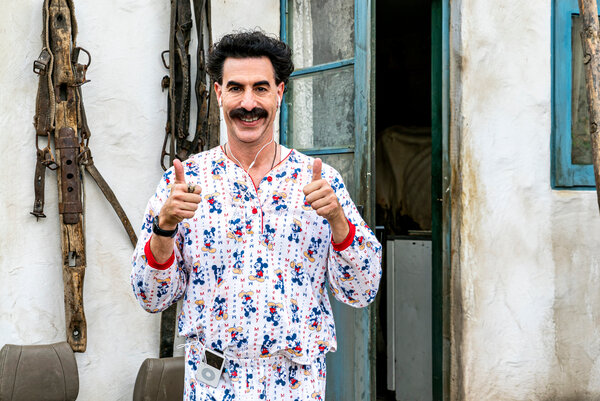 A clip that surfaced on social media, heavily edited to fit the actor’s signature mockumentary format, begins with Mr. Giuliani seated on a couch, answering questions. Soon after, the actress, who speaks with a heavy Eastern European accent, asks the former mayor if they can continue their discussion in the bedroom. Mr. Giuliani agrees, and is then shown sitting on a bed, as she appears to take his microphone off and he appears to pat her.