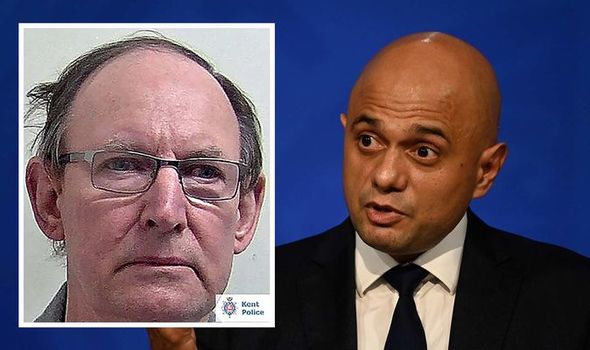 In a Commons statement, the Health Secretary also promised that sentences for “appalling” sexual offences will be re-examined following the case. Fuller, 67, last week admitted murdering, then sexually assaulting two young women over 30 years ago.

He also admitted to sexually assaulting dozens of dead bodies in morgues at two hospitals where he worked.

The electrician used access granted to him as an NHS maintenance worker to assault his victims, aged from nine to 100, in mortuaries in Kent.

Officers had found evidence that 100 victims were abused between 2008 and November last year, with 81 formally identified and their families contacted.

One of those victims was 24-year-old Azra Kemal.

Mr Javid told MPs: “I want to apologise to the friends and families of all the victims for the crimes perpetrated in the care of the NHS and for the hurt and suffering they are feeling. I know that no apology can undo the pain and suffering caused by these offences.”

He added: “We have a responsibility to everyone affected by these shocking crimes.

“To do right by those we’ve lost and those still left behind in their shock and grief.

“We must act to ensure nothing like this can ever happen again.”

Mr Javid added: “The inquiry will look into the circumstances surrounding the offences and their national implications.”

The probe is expected to deliver an interim report early next year.

A date for Fuller’s sentencing has not been set.