WASHINGTON (Reuters) – The United States should weigh new sanctions on Russia to deter its “malign” actions, a senior Democratic lawmaker said on Tuesday after a White House briefing on a reported Russian effort to pay the Taliban to kill U.S. soldiers in Afghanistan. 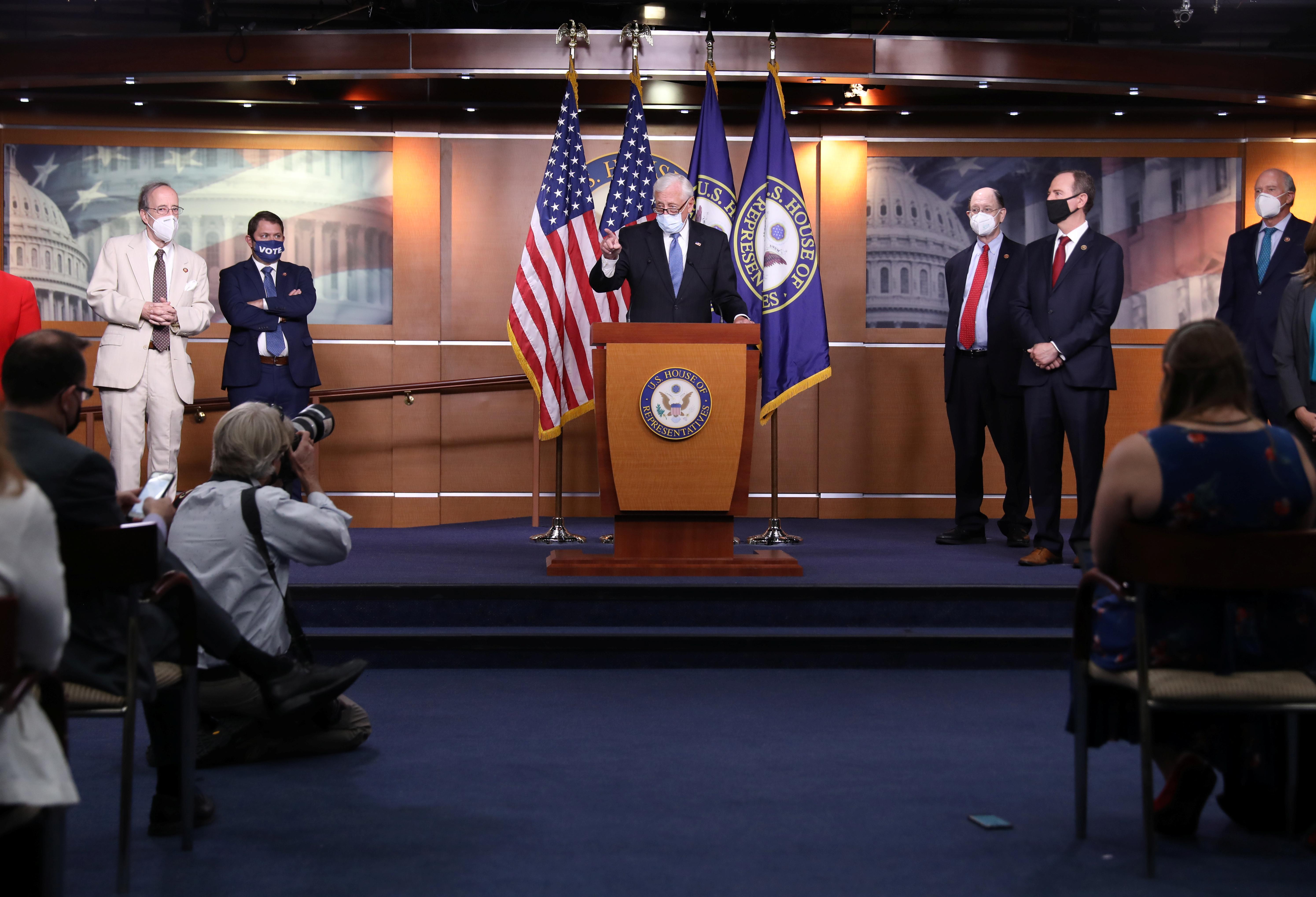 Democratic members of Congress emerged from the briefing critical of U.S. President Donald Trump, who the New York Times reported had received a written intelligence briefing on the suspected Russian program in February.

The White House has said Trump did not receive a personal briefing on the issue but has yet to squarely address whether he had received a written briefing, whether he had read it, and why he had not responded more aggressively if he had.

Representative Adam Schiff, chairman of the House Intelligence committee, said Trump should not be courting Russian President Vladimir Putin by inviting him to a Group of Seven (G7) summit of leading industrial nations but rather should impose costs on Moscow.

“The president of the United States should not be inviting Russia into the G7 or G8. We should be considering what sanctions are appropriate to further deter Russia’s malign activities,” he told reporters after the White House briefing.

The White House has sought to play down reports in the Times and the Washington Post that it knew about accusations that Russia paid the Taliban bounties to kill U.S. and other coalition troops but had not briefed Trump or moved on the information.

That raised serious concerns among both Trump’s fellow Republicans and Democrats not only about the safety of U.S. forces but also about the administration’s handling of the matter.

White House officials briefed Democratic lawmakers only after sharing information with Republicans on Monday, triggering criticism that the Trump administration was playing politics over what should be a nonpartisan matter.

At least two Republicans said they still had concerns following their meeting.

Subsequent reports in the Times and Post said at least one American soldier were believed to have died as a result of the program, which the Kremlin has denied.

Several news outlets have also reported that information on the bounties was included in a daily written report delivered to the president in February and in a CIA publication in May.

Reuters could not immediately confirm those reports.