A top police officer has warned that some schools may have covered up sexual offences in order to protect their reputation.

Chief Constable Simon Bailey told The Times he was concerned that a “culture of misogyny and sexual harassment” had not been challenged at some of them.

He described the number of allegations as the education sector’s “MeToo” moment. 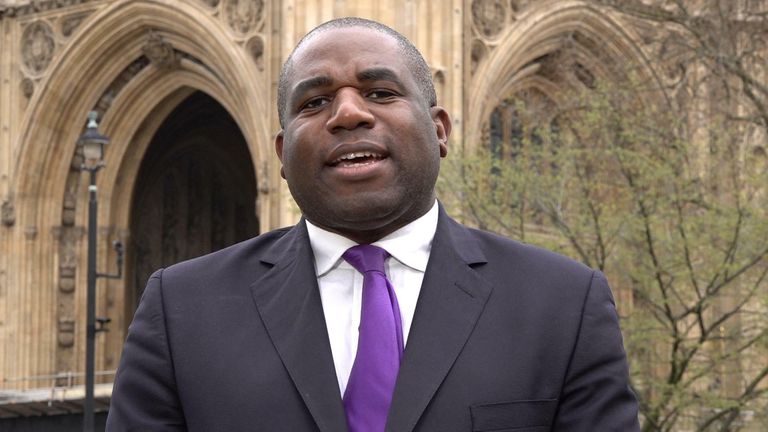 It comes as a report led by Conservative MP and former home secretary Sajid Javid warned of an “epidemic” of child sexual assault.

Mr Javid told Sky News that an “unintended consequence” of the coronavirus lockdowns has been to make the situation worse.

Mr Bailey said: “If somebody has been privy to rape or serious sexual assault then we want to hear from them.

“What I fear is that there will be a number of sexual predators that will have moved from secondary school to university where they will continue to offend.”

Mr Bailey told The Times that he did not have evidence that some schools had covered up reports to protect their reputation.

But he added: “Am I naive enough to think that hasn’t happened? Of course I’m not.

“Do I think there will be circumstances where abuse will have been covered up to protect reputations? Yes I do.”

Mr Bailey, the chief constable of Norfolk Police, is also the lead officer on Operation Hydrant and for child protection for the National Police Chiefs’ Council.

Operation Hydrant was set up in 2014 to handle the national policing response, oversight, and coordination of investigations into non-recent child sexual abuse allegations concerning persons of public prominence or in within institutional settings.

A senior Tory MP has said there should be inquiry into what he claimed was the “rape culture” at a number of independent schools.

Robert Halfon, who is chair of the Education Select Committee, said that what has allegedly taken place at some independent schools was “appalling” and had spread to state schools as well.

Writing in the Sunday Telegraph, Mr Halfon said numerous stories had emerged of female pupils being “objectified, harassed and sexually assaulted”, with websites set up by students highlighting “a rape culture”.

Mr Halfon welcomed the fact that the Metropolitan Police is investigating, but said an independent inquiry should be held after the police had finished.

‘Improve or be closed’

A source at the Department for Education said it would act if schools did not meet the strict safeguarding standards in place, including closing them down.

They added: “If it becomes clear that there are current failings in any school’s safeguarding practice, we will immediately ask Ofsted or the Independent Schools Inspectorate to conduct an inspection.

“If a school is found to not be meeting the required safeguarding standard, we will make sure it either improves or closes.”

The Metropolitan Police said it had received a number of reports of offences after looking at a website featuring anonymous stories of “misogyny, harassment, abuse and assault”.

The force said it had reviewed submissions on the Everyone’s Invited website, where people can anonymously share their experiences of abuse.

It said officers had been looking into whether any potential victims in the capital could be encouraged to report crimes, with several individuals doing so.

The website now includes a link to report crimes directly to Scotland Yard.

The report led by Mr Javid, who was home secretary under Theresa May, makes a raft of recommendations to tackle child sexual assault.

The Centre for Social Justice think tank report recommends that all school staff should be trained to spot signs of abuse and calls for school nursing staff levels to be restored to pre-2010 numbers to enhance identification.

“When I first became home secretary three years ago, like many home secretaries I thought the darkest things I would learn about would be things like terrorism, but I was wrong,” Mr Javid told Sky News.

“When I met the National Crime Agency and they told me about the scale and severity of child sexual abuse, that really disturbed me.”

He added: “We are winning individual battles because of excellent work that’s been done by government, by police, by charities, and that’s to be commended.

“But I do feel that we’re losing this war. It’s not just here in the UK, because the online world is completely global, it’s happening across the world.”

Labour’s shadow justice secretary David Lammy told Sky News: “We still have to do considerably better to get those people who are grooming young people and to make sure that the law around adults doing that is as strong and as tough as it needs to be.

“The second issue is it’s very, very concerning to see reports of what is happening in our schools and to hear particularly from young women coming forward and saying that sexual assault and a rape culture is manifest across many of our private schools and some of our state schools.

A government spokesperson said: “The vast majority of schools, colleges and universities take their safeguarding responsibilities very seriously, so it is particularly shocking when allegations of abuse are made in connection with a place of education where everyone should feel secure and be protected.

“Working together, the Department for Education, the Home Office and the National Police Chiefs Council are in contact with Everyone’s Invited to provide support, protection and advice to those who are reporting abuse, including on contacting professionals or the police if they wish.”