WASHINGTON (Reuters) – U.S. senators returned to Washington for the first time in nearly six weeks on Monday, amid concerns that their legislative sessions could put lawmakers and staff at risk of contracting the new coronavirus. 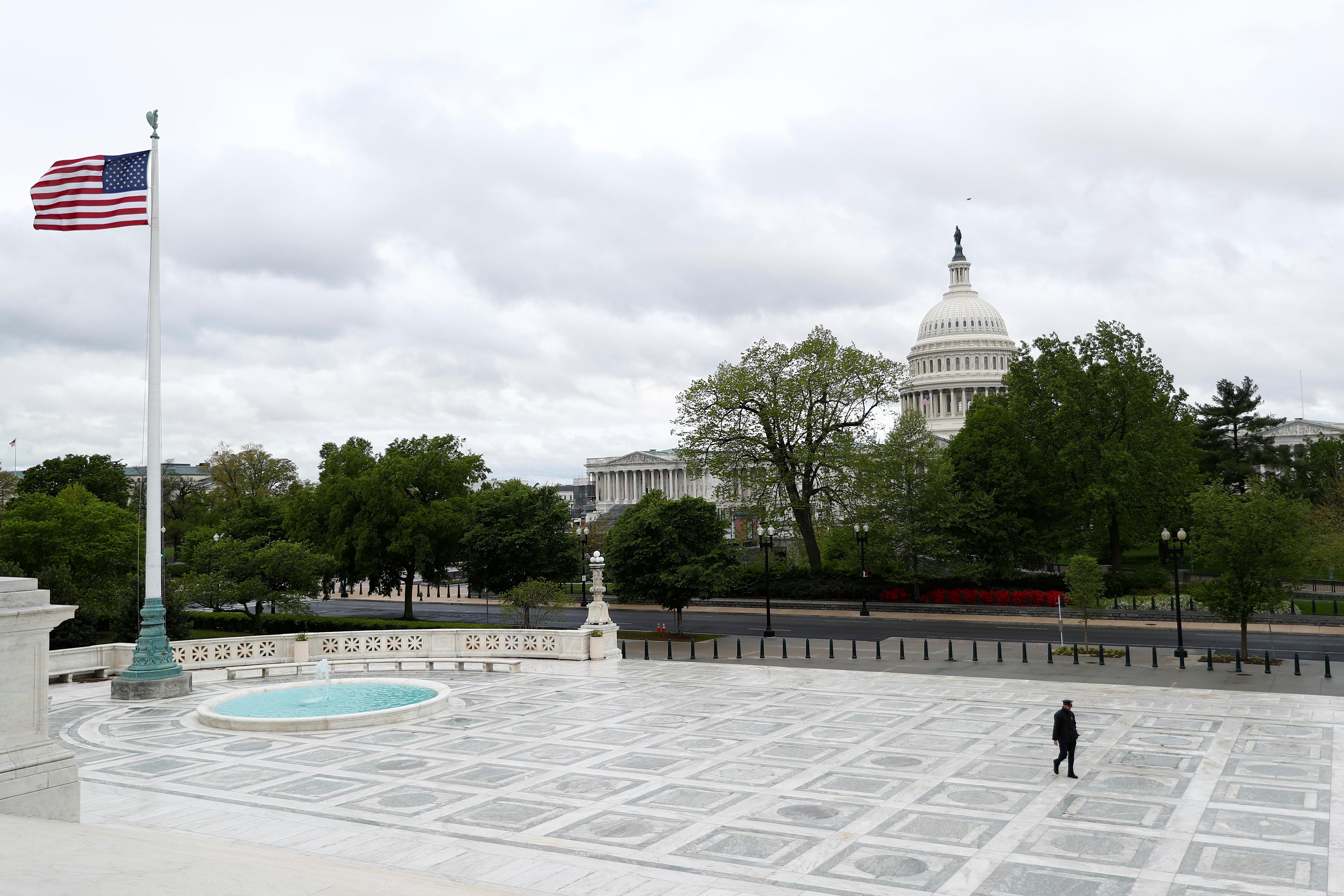 The Senate was due to reconvene at 3 p.m. ET (1900 GMT) to address partisan differences over the next step in legislation to combat the pandemic and to scrutinize a series of nominations for senior government posts put forward by President Donald Trump.

Democrats and Republicans are at odds over the contents of any new coronavirus legislation. Democrats want up to $1 trillion to help state and local governments weather the brunt of the pandemic. Republicans are demanding liability protections for businesses, which Democrats oppose, as a condition for moving forward on any bill.

Treasury Secretary Steven Mnuchin said Trump is looking at ways to stimulate travel and wants tax changes for business entertainment expenses to get people to go back to restaurants.

With Washington still under a stay-at-home order, lawmakers have been advised by the congressional physician to wear masks, maintain a distance of six feet (2 metres) and limit the number of staff on Capitol Hill.

The first real test of the recommendations will come at 5:30 p.m. (2130 GMT) on Monday, when senators are due for a roll call vote on Robert Feitel’s nomination to be inspector general of the Nuclear Regulatory Commission.

The Democratic-controlled House of Representatives chose instead to remain in recess this week because of potential health risks.

With some Democratic lawmakers warning that the Senate’s return could risk spreading the virus, the Trump administration last week offered Congress 1,000 coronavirus tests.

McConnell and House Speaker Nancy Pelosi turned down the offer over the weekend, a decision that came under fire on Monday.

“By Congress not wanting the special 5 minute testing apparatus, they are saying that they are not ‘essential’,” Trump wrote in a tweet.

House Republican leader Kevin McCarthy criticized the decision to turn down the tests in a Politico interview: “As we open up, we cannot assume there will not be a flare-up somewhere.”

The Senate will host two nomination hearings on Tuesday, one for U.S. Representative John Ratcliffe as national intelligence director and another for Brian Miller, a White House lawyer nominated to oversee the Treasury’s handling of coronavirus relief funding.