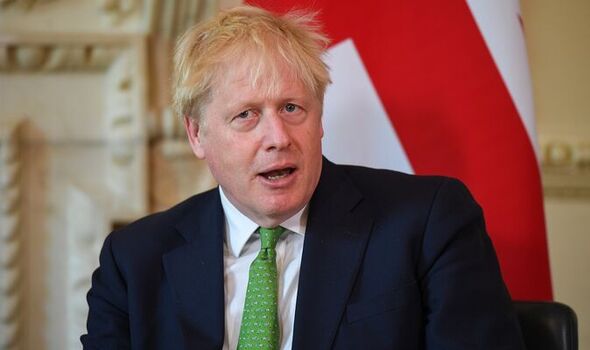 The Prime Minister had previously refused to rule out calling an early poll to renew his mandate with voters. But asked in an interview with LBC radio, aired on Friday, whether the idea of an early election is ridiculous, Mr Johnson replied: “Totally, totally.”

“Talk about levelling up, the agenda for taking this country forward. That’s what I want. That’s what I’m actually meant to talk about.”

He declined to say whether he has two years or two months left as Prime Minister, saying: “I’m going to deliver on our programme.”

Speaking to reporters at the Nato summit in Madrid on Thursday, Mr Johnson repeatedly failed to rule out the prospect of going to the country before the next scheduled election in 2024.

He has claimed he has a new mandate at Westminster following his victory in the confidence vote, despite 41 per cent of his MPs deciding he should go, and was asked whether he will also seek a fresh mandate from the country.

“The idea hadn’t occurred to me,” he said.

His comments come as The Times reported that staff at the Conservative Party headquarters war-gamed the idea of calling a snap election if Labour leader Sir Keir Starmer is forced to resign as a result of Durham Police’s investigation into alleged breaches of coronavirus rules.

The Prime Minister is facing calls to remove Mr Pincher from the party, which could trigger a by-election in the latter’s Tamworth seat.

That could spell more political uncertainty for Mr Johnson, who faced demands to step down after losing two Conservative seats in by-elections last month.