Raising a point of order, Conservative John Lamont accused SNP MP Tommy Sheppard of making an “unfortunate hand gesture” at Mr Ross. Mr Lamont said: “I believe it to be disrespectful to my honourable friend but perhaps to other people watching this debate outside this place. I seek your guidance to that type of behaviour and whether it is acceptable in this place.”

Deputy Speaker Eleanor Laing said: “I thank the honourable gentleman for his Point of Order.

“I caught that something had occured but I could not see what the gentleman did with his hands.

“But if he did make a gesture which is unbecoming, I’m sure he will apologise.”

Mr Sheppard said he had “no intention to make any gesture that would cause offence”. 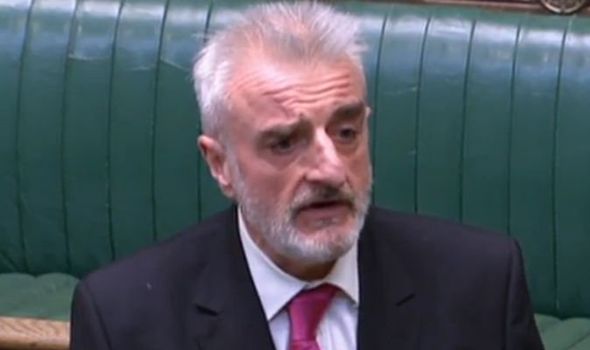 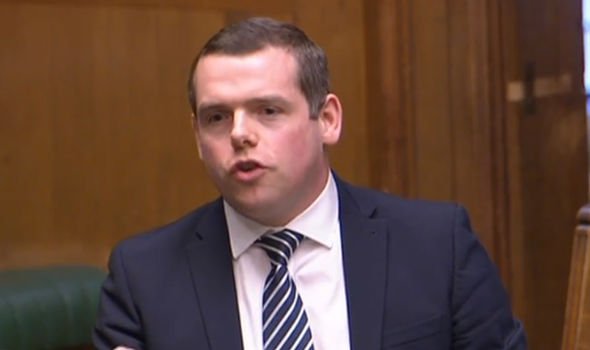 He added: “I was trying to indicate that the honourable gentleman had not given due consideration.

“I’m not sure what gesture, I was pointing to my head and saying ‘think!’.

He said: “I do apologise if any offence was taken, it was not intended.”

Labour’s Christian Matheson said: “The SNP can’t see the irony as they sit across from the Conservatives that they’re two cheeks of the same backside.”

He added: “Don’t be seduced by the power of the dark side that is divisive nationalism.”hand gesture” at Scottish Tory leader Douglas Ross in Commons.