Sir Keir Starmer is facing fresh calls to allow Jeremy Corbyn to stand as a Labour candidate at the next general election. The former Labour leader remains a party member but sits in the Commons as an Independent MP after having the whip withdrawn due to his response to an Equality and Human Rights Commission report into antisemitism in the party.

But some party delegates have forced a vote on a proposed rule change in a bid to allow the Islington North MP to be re-selected as a Labour candidate.

Those behind the move say it is focused on allowing a constituency Labour Party (CLP) to be in control of who their candidate is rather than the parliamentary Labour party (PLP).

But Labour insists the proposals pose a “significant legal risk” to the party.

Peter Talbot, of Islington North CLP, said it would be a “gift” to other parties if My Corbyn does not stand for Labour next time the country takes to the polls. 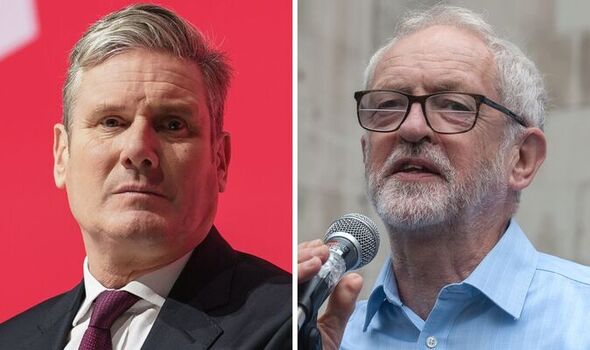 Mr Talbot said: “We need a range of Labour candidates. We need to demonstrate that the Labour Party truly is a broad church.

“And that’s particularly important in relation to the thousands of young people that Jeremy brought into supporting Labour.

“If we don’t change the rules and Jeremy can’t stand for Labour at the next election, well that would just be a disaster for us frankly, it would not end well.

“It would be a gift to the Greens, to the Lib Dems and the Tories.”

Explaining the proposed change, Mr Talbot added: “It will ensure that the Parliamentary Labour Party cannot disqualify a sitting Labour MP from standing in an election by simply withdrawing the whip.”

Rachel Garnham, Mid Bedfordshire CLP, said Labour would be “far better” going into a general election “as a united party rather than attempting to make Jeremy grovel”.

She said: “I feel like as a party we’ve got ourselves into a bit of a mess.

“Instead of turning our collective fire on this horrendous Westminster Government it feels like too much time and energy is sadly going into fighting the left of the party – and we’re not going away.” 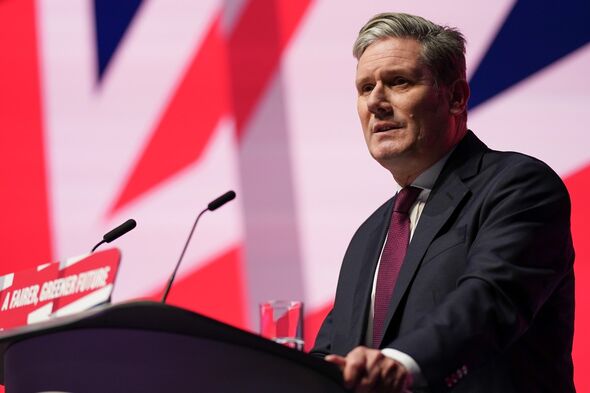 Thomas Glasman, of Hackney North and Stoke Newington CLP, said: “The issue at hand on the selection of MPs is not necessarily one of whether you personally like or dislike Jeremy Corbyn or what he stands for.

“It’s a principle of whether CLPs have a democratic right to select who they wish to have as an MP.”

Samantha Niblett, from Erewash CLP, spoke against the “flawed” proposal before adding: “The public don’t care about our internal arguments.”

“In order to successfully defend legal claims the party must be able to show there it’s applying its rules consistently and fairly.

“Changing the fundamental rules midway through a parliamentary cycle leaves the party open to legal challenge from candidates that may be put at a disadvantage.”

A card vote on the proposal took place at the end of Sunday’s session in Liverpool.

It comes after Labour conference kicked off yesterday with a rendition of the national anthem – which Mr Corbyn branded “very odd”.