The SNP Government had aimed to offer people in the first nine JCVI vaccination priority groups – including everyone over 50, unpaid carers and those with underlying health conditions – with a vaccine by today (April 15). But Scotland’s chief medical officer has been forced to apologise to those eligible to receive a vaccine who still hadn’t received an appointment on deadline day. Dr Dave Caesar told BBC Good Morning Scotland on Thursday: “We recognise it will be a little unnerving.

“So there’s an apology there if you’re feeling that way and if you might have fallen through the cracks.”

Around 86 percent of those aged 16 to 64 with underlying health conditions had also received a vaccine jab.

Public Health Scotland said percentages for unpaid workers is unavailable as it was not able to determine the size of this group. 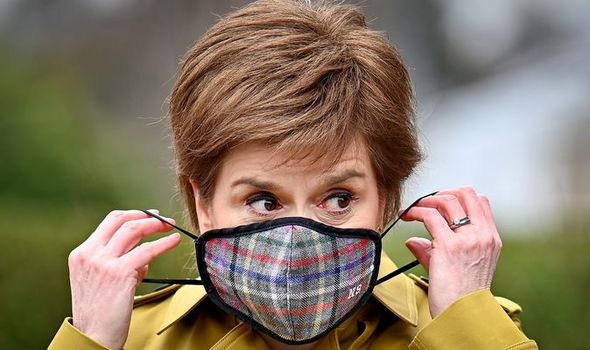 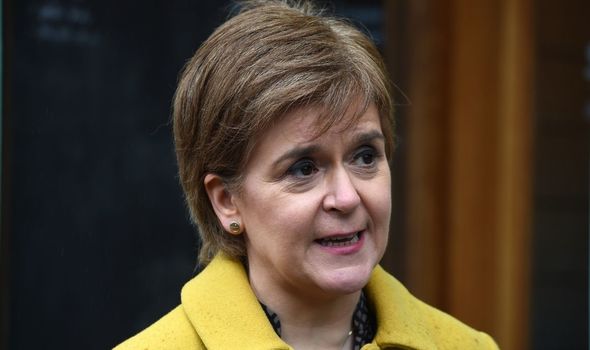 Those figures had been set to increase before the end of today, while some people will have their vaccination appointments set for the next few days.

But Dr Cesar was forced to admit some people in the first nine groups had not yet received a vaccine appointment.

This even includes some Scots who had tried to arrange one themselves but had been told to wait.

Ms Sturgeon’s chief medical officer urged the population to “stick with us”, promising the vaccination programme would reach them as soon as possible. 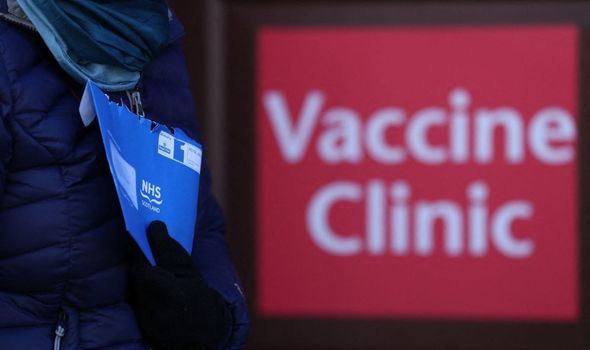 He said: “The system is working through it, these are not static groups, and people are joining these groups over time.

“The system is pretty robust so that it will pick up these folk who might not have been captured by that first effort in due course.

“Just stick with us, and we’ll get to you when we can.”

Earlier this week, Ms Sturgeon was warned by Scottish Conservative leader Douglas Ross she would be waiting “some time yet” to receive her vaccine if Scotland had joined the EU’s vaccination programme. 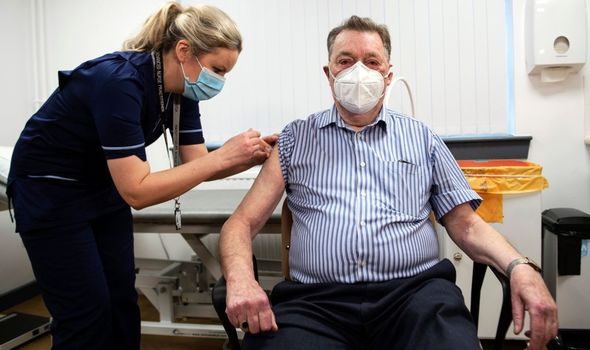 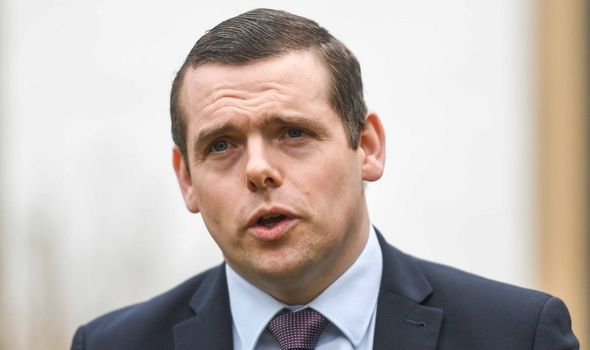 Mr Ross claimed there would be more than a million fewer doses of the vaccine in Scotland if the UK Government had taken the EU’s approach.

The EU’s vaccination programme has stumbled from one disaster to the next, becoming involved in a bitter war of words with vaccine maker AstraZeneca over supply and production issues.

Scotland receives vaccines through the UK’s own procurement programme, but SNP ministers had lashed out at Health Secretary Matt Hancock’s decision to opt-out of the EU purchase scheme.

Ms Sturgeon herself revealed earlier this week she has received an appointment to receive her first vaccine jab.

Mr Ross said: “It is our way out of this pandemic, the positive rollout of the vaccine scheme is allowing us to look forward rather than backward.

“I think people across Scotland recognise we are only able to do that because we are part of a strong United Kingdom.

“If Nicola Sturgeon had her way, she would take an independent Scotland back into the European Union and there would be well over million-and-a-half fewer doses of the vaccine available in Scotland.

“And it would be some time yet before Nicola Sturgeon was due to get her vaccine rather than just a matter of hours.”

An SNP spokesman said: “These remarks from Douglas Ross are utterly pathetic, but entirely in keeping with his petulant, puerile tone.

“Rather than playing petty politics with the vaccine rollout, the SNP will continue to support our hard-working NHS staff in their efforts to complete the vaccine programme in Scotland, which is helping to save lives.”