Sturgeon ‘not good at listening to people’ says James Cleverly

UK Government minister James Cleverly mocked Nicola Sturgeon’s order to fly the EU flag. He condemned the move in an interview with LBC host Nick Ferrari, amid growing outrage over the decision across the UK. While Ms Sturgeon has ordered for the EU flag to be flown from Scottish government buildings every day, the Union Flag will only be flown once a year – on Remembrance Day.

Nick Ferrari asked Mr Cleverly: “Nicola Sturgeon has ordered that the EU flag be flown on Scottish Government buildings, despite the UK having left the EU. What would you say to Nicola Sturgeon?”

Responding to the outrage, the UK cabinet minister said Ms Sturgeon needs to stop seeing the world “that she wishes it was.”

He added: “It strikes me she’s really not good at listening to people when they make their voices known at referenda.

JUST IN: Sturgeon SHOULD be banned from flying EU flag 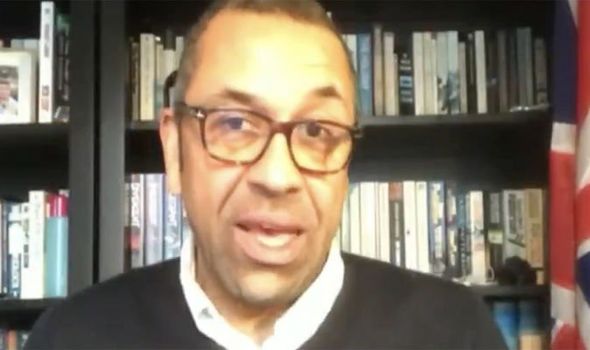 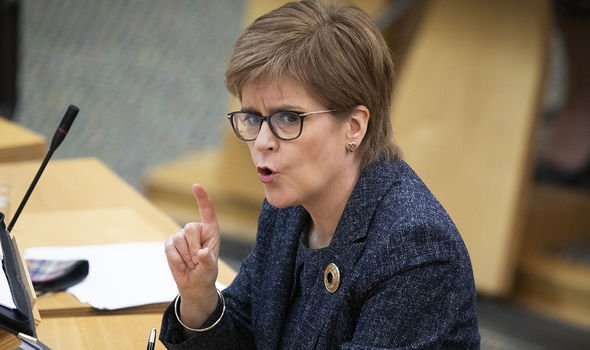 Mr Cleverly continued: “Scotland is part of the UK, we are no longer part of the EU, that is the way the world actually is.”

Critics of the Scottish First Minister claim her demand shows her “obsession” with Brussels and “makes no sense” considering the UK has left the EU.

Scottish Tory Dean Lockhart said: “The UK has left the EU, so Nicola Sturgeon’s personal decision to order the flying of the EU flag on Scottish government buildings makes no sense.

“It reconfirms the SNP’s refusal to accept referendum results and their ongoing focus on constitutional issues at the expense of more important priorities. 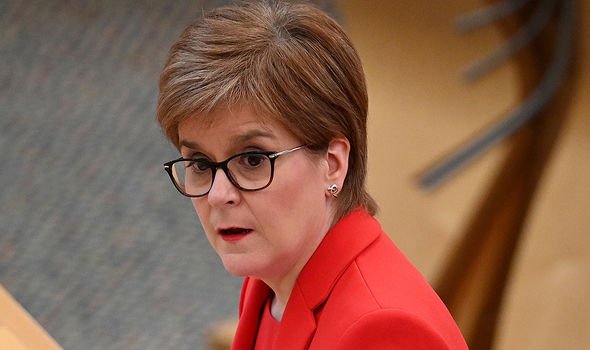 “But we should not be surprised. Like all nationalists, Sturgeon is obsessed with flags.”

Viewers of Mr Clverely’s interview responded in similar fury, saying: “How’s it normal to fly the EU flag and not the Union flag? She is dividing our country.”

Another added: “The UK government should not be allowing Sturgeon to do it. The UK Govt has the power to overrule Sturgeon, and take back control of flag flying protocols across the United Kingdom.” 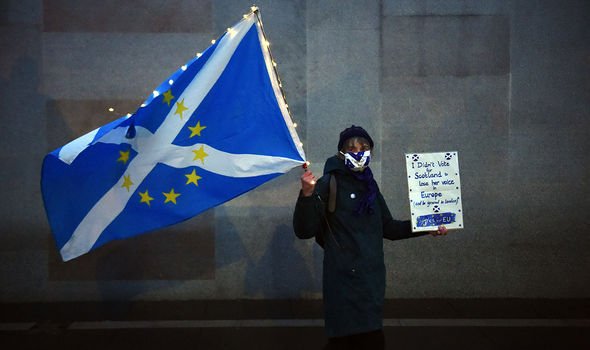 Prior to the new order, the EU flag is usually only been raised over buildings, including St Andrews House in Edinburgh, to celebrate Europe Day on May 9.

A poll of more than 16,000 Express.co.uk readers has been carried out, where participants were given a binary yes or no choice, as to whether the EU flag should be flown.

The survey was conducted on Friday, February 19, from 11.19am to 9.00pm, and asked 16,393 online readers, should Nicola Sturgeon be banned from flying the EU flag?

A huge 92 percent (15,070) of respondents said the First Minister should be banned from flying the bloc’s colours and voted “yes”.

The remaining eight percent (1,323) of respondents believed the SNP leader not be banned from flying the EU flag and voted “no”.