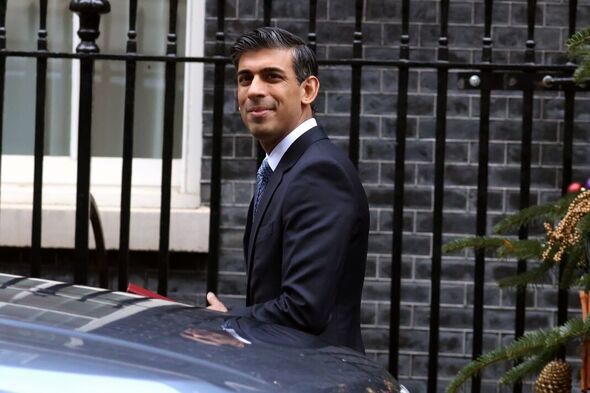 Former party chairman Liam Fox argues the Conservatives could hold onto power at the next election, expected in 2024, despite Labour enjoying a poll lead of around 20 points.

He told GB News’s Gloria De Piero: “I see it more like the run up to 1992. A lot of things I think were similar.

“We’d been in office a similar length of time. We had a new leader, John Major, as we do with Rishi Sunak today.

“The voters, I think, were disillusioned with the Conservatives, but they hadn’t decided to move over to someone else. I think that came later with Tony Blair.”

Mr Fox does not believe that Tories have suffered the rejection by voters that came after 1992’s Black Wednesday when the UK was forced to pull out of the Exchange Rate Mechanism. The humiliation was widely seen to shred the Conservatives’ reputation for economic competence.

He said it was “not unlikely” that the Conservatives would hold onto power, saying: “This Government, with the boundary changes, are defending an even bigger majority than 80. That is a very hard number to lose in our political system.”

However, new research makes worrying reading for Conservatives. A poll of more than 2,200 adults by Perspectus Global for Selbey Labs found the leading attributes associated with the Tory brand are “unreliable” (54 percent), “incompetent” (47 percent), and “chaotic” (44 percent).

This comes as the Conservative Democratic Organisation – backed by billionaire Tory donor Lord Cruddas – has been launched to allow grassroots activists greater control of the party.

A key demand is that local constituency associations make the “ultimate decision” on who stands as a candidate for Westminster. This follows the installation of Mr Sunak as party leader and Prime Minister without members having a vote.

Former MEP David Campbell-Bannerman, who chairs the new group, said the initial response from rank and file Tories had been “overwhelming”.

He said: “I know of a lot of talent in the Conservative party who have been badly treated or shunned or ignored or not encouraged to come forward… I think there has been dismay over many years over how the members have been treated.”