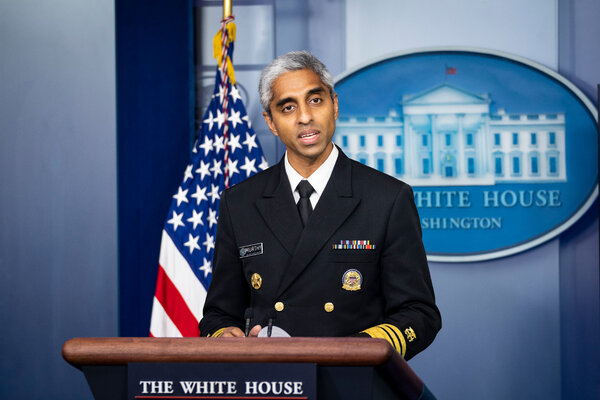 President Biden’s surgeon general on Thursday used his first formal advisory to the United States to deliver a broadside against tech and social media companies, which he accused of not doing enough to stop the spread of dangerous health misinformation — especially about Covid-19.

The official, Dr. Vivek Murthy, declared such misinformation “an urgent threat to public health.” His pronouncement came just days after representatives from his office met with Twitter officials, according to a person with knowledge of the matter who spoke on condition of anonymity.

Surgeons general have traditionally used advisories — short statements meant to call Americans’ attention to a public health issue and provide recommendations for addressing it — to talk about such health matters as tobacco use, opioid addiction, suicide prevention and breastfeeding.

But Dr. Murthy’s advisory, a 22-page report with footnotes, had a more political context. Fox News hosts like Tucker Carlson and Laura Ingraham, along with their guests, are among those who have been casting doubt on Covid-19 vaccines, which studies show are highly effective at preventing death and hospitalization from the disease.

Dr. Murthy couched his criticism of tech companies in a broader declaration about the dangers of inaccurate and false information about health, including misinformation about coronavirus vaccinations. He called on all Americans to take pains to share accurate information, and said the United States needs “an all-of-society approach” to combat the problem.

But at a news briefing Thursday, Dr. Murthy joined the White House press secretary, Jen Psaki, and made clear that tech and social media companies were his main target, saying they have a singular responsibility to be more aggressive in fighting misinformation and citing Facebook by name.

“Modern technology companies have enabled misinformation to poison our information environment, with little accountability to their users,” Dr. Murthy said.