Prime Minister Boris Johnson and Labour Leader Sir Keir Starmer clashed during Prime Minister’s Questions over the Government’s low rates of rape prosecutions and their failure towards victims. But while Sir Keir put pressure on Boris Johnson to answer for the lack of progress, the prime minister took his chance at the dispatch box to deliver a string of rhyming couplets which were met with loud praise from Tory backbenchers. Speaker Lindsay Hoyle attempted to calm down the house who were riled up at the speech.

Prime Minister’s Questions opened up with Sir Keir simply asking why the rape prosecutions in the UK are at a record low.

The pair clashed over whether the low prosecution was down to the pandemic with Mr Johnson admitting the Government needs to and is doing more to help rape victims.

Sir Keir asked the Conservative leader to apologise for the letdown like Justice Secretary Robert Buckland has.

But Mr Johnson fired back and said: “I say sorry for the trauma that they have been through. 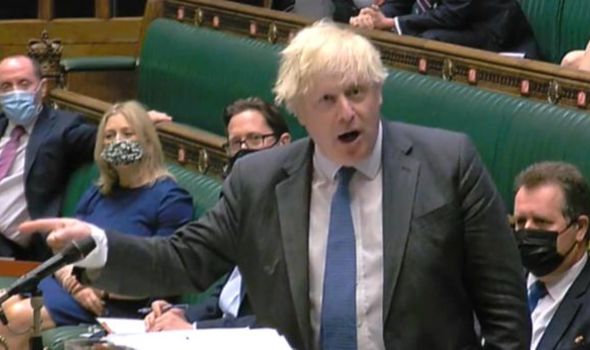 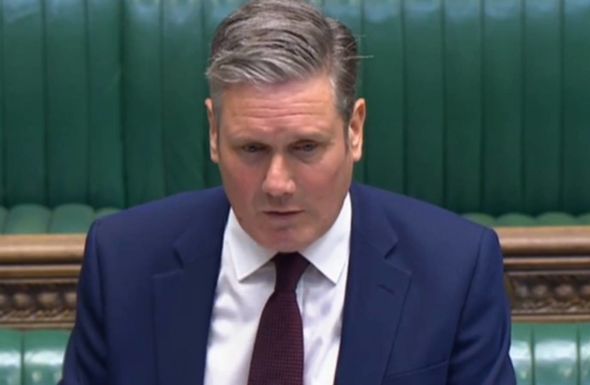 “And the frustration that they go through because of the inadequacies of the criminal justice system.

“In ensuring that they have people that they can listen to an interest, who will help them through the trials of the criminal justice experience.

“Mr Speaker, but above all, we are helping them by getting our courts moving again.

PMQs: Boris Johnson says Ian Blackford is 'out of his mind' 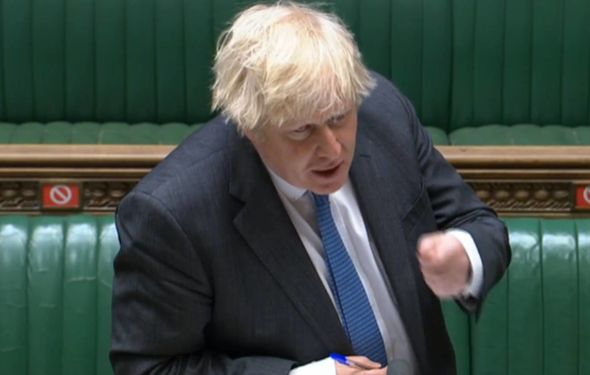 “The fastest and most efficient way to do that, as [Sir Keir] knows is to get our country moving again.

“Which is what we are doing with the fastest vaccination rollout anywhere in Europe.

“We are getting on the job, Mr Speaker.

“They jabber, we jab, Mr Speaker.

“They dither and we deliver, they vacillate and we vaccinate Mr Speaker.” 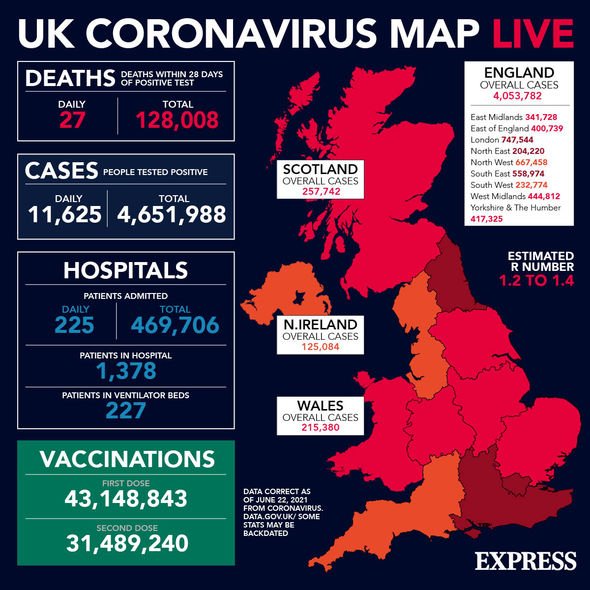 The Crown Prosecution Service records reveal rape prosecutions have fallen to a five-year low as the Government launches a rape review to address the fall in court cases.

1,439 suspects were convicted of rape or lesser offences in England and Wales last year which are the lowest levels since records began.

This is despite rape reports to the police almost doubling since 2015/16.

The UK has given at least one jab to 80 percent of the population so far as Boris Johnson said he is hopeful for the revised July 19 reopening date.