This is your chance to quiz the notoriously charismatic Conservative MP on the issues that matter to you. Want to find out if he thinks Boris Johnson could stage a future political comeback? Why he thinks Liz Truss should be the next Prime Minister? Exactly why he refuses to back Rishi Sunk? – whatever it is, let us know and he’ll give you his opinion.

Michael Fabricant was first elected as an MP in to the Mid Staffordshire constituency in 1992 before becoming the MP for Lichfield in 1997.

From the green benches of the House of Commons, he has seen the rise and fall of John Major, Tony Blair, Gordon Brown, David Cameron, Theresa May and Boris Johnson.

He was a minister in the coalition Government, serving as Lord Commissioner of the Treasury from 2010-2012.

A staunch Brexiteer, Michael Fabricant campaigned to leave the EU in 2016. He warned earlier this year that Remainers were seeking to oust Boris Johnson as Prime Minister for his part in bringing about the UK’s freedom from Brussels. 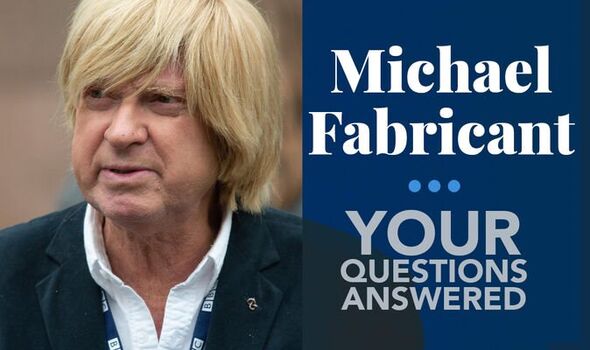 Even when the Prime Minister’s Cabinet resigned en masse earlier this month he remained loyal to the boss.

At Mr Johnson’s last Prime Minister’s Questions on Wednesday, the MP warned the Conservatives would regret their decision to oust their leader.

Some in the Tory party have even started a petition, pleading for the Prime Minister to remain in post.

So, do you have a question for our politician of the week? Let us know in the comments section. Answers to the best queries will be published next week.