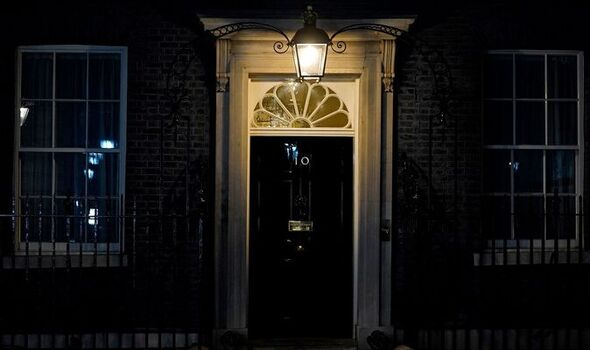 The Conservatives were warned they face a furious backlash from their grassroots if party members are ‘stitched up’ and stopped from voting for the next Prime Minister. The new PM could be named as soon as Monday after the 1922 Committee of Conservative backbenchers drew up rules to fast-track the process. But the new arrangements have the potential to see a leader elected with no input at all from the party members. Some MPs are keen to bypass a grass root vote after Liz Truss was selected ahead of MPs’ favourite Rishi Sunak.

In theory, this week’s election will work in a similar way to previous leadership contests with MPs whittling the candidates down to the final two and party members then making the final choice.

But the key difference is that MPs will hold an “indicative vote” between the two final candidates, making it clear which one they prefer.

And if this produces a clear winner then the losing candidate will come under enormous pressure to drop out.

In effect, it would mean MPs get the final say, cutting activists out of the process entirely. The winner would be named on Monday and meet King Charles to become Prime Minister on Tuesday.

Boris Johnson’s supporters are particularly keen for activists to vote because they believe he would then be certain of victory.

A Boris supporter said: “If he does get enough nominations, and assuming he makes it into the final two, which he will, then we all know who the members will vote for.”

The Tories are desperate to avoid a drawn-out process and further ‘blue on blue’ in-fighting.

But the party was warned that the members must have say.

One MP said: “If our activists are excluded from the process then I think they will go mad.”

Another warned: “There will be a furious response if this appears to be a stitch-up, especially if there is any hint that the process is designed to stop members backing Boris Johnson.”

The election timetable is designed to avoid a repeat of the eight-week summer contest which led to the election of Liz Truss.

Candidates need 100 nominations from colleagues to take part, up from 20 last time, in an attempt to limit the number of contenders. The deadline for gathering signatures is 2pm on Monday.

Voting then begins almost immediately. If all three candidates have enough support to take part then a ballot of MPs will be held between 3.30pm and 5.30pm, with the result announced at 6pm.

The person in last place will be eliminated, and party members will then make the final choice – at least, in theory.

If only two candidates receive 100 nominations, the choice will go directly to the membership.

The “indicative vote” of MPs then takes place, before members cast their ballots. It has no official impact on the outcome of the election, but will make it clear which contender has the support of Conservative MPs.

If a ballot of activists does take place, it will be conducted online via a secure website.

The party has been in talks with the National Cyber Security Centre, a Government body which provides advice to organisations about avoiding computer security threats, about ways of ensuring this is conducted fairly.

Voting would end at 11am on Friday with the result announced later the same day. Only members who joined the party at least three months ago will be entitled to vote.

Even if they are given a say, members could be strongly influenced by the results of the indicative vote of MPs.

Some party insiders believe it is essential to avoid a repeat of the last leadership election, which ended with Ms Truss’s disastrous term.

A party insider said: “There seems to be a feeling that the top job just needs to go to somebody who will have the backing of MPs and just get stuff through Parliament.”

And some MPs are gearing up for an even bigger fight with activists, as they hope to change the rules permanently to ensure that members are always excluded from leadership contests when the party is in government.

One said: “Following the fiasco of the last few weeks there is a very strong case for saying that while the Conservative Party is in government, any change of leadership should be a matter for the MPs alone.”

It would mean members were only allowed to influence the choice of leader when the party was in opposition, usually after losing a general election.

As the Tory infighting continued, opposition parties repeated demands for a general election.

Chris Bryant, Labour MP for Rhondda and chairman of the Commons Committee on Standards, said he believes the public want a snap election to “press the reset button.”

Ian Blackford, the Westminster leader of the SNP, said “given everything that happened” when Mr Johnson was in charge at Downing Street, it would be “beyond the pale” for him to return.

He added: ”It is almost beyond belief that the Conservatives would even consider this.”

Mr Bryant, asked about his opinion of Boris Johnson returning to high office, said: “He’s disgraced. I mean, look, I’m a Labour MP, I don’t fancy any of the three of them.

“I think we’ve got to a stage now where the people of this country think the only way you can press the reset button is to have a general election.”

Mr Blackford has written to Sir Keir Starmer – who as the leader of the opposition in the House of Commons is the only MP who can submit a formal vote of no confidence motion.

The SNP MP insisted that opposition leaders “cannot stand idly by as the Tories attempt to impose their third prime minister in the space of three months”.

Mr Blackford told Sir Keir: “It is time to trigger a motion of no-confidence in this disastrous Tory government and – most importantly – it is time for people to have their say in a general election.”

He added: “We believe there should be a general election, this is a Conservative Government that has run out of time.”

Labour’s Daniel Johnson, who represents Edinburgh Southern, said a general election “may be necessitated by events”.

He said: “The country’s paralysed. I think we are going to have a general election, it’s a question of when, and I think it may be necessitated by events.”