Chris Patten reflects on the future of the BBC

Tory Peer Mr Patten, a vocal critic of Boris Johnson, accused the Government of being “populist, but – fatally – without being popular”. The former Conservative Party chairman also made a dig at the Culture Secretary, saying: “The words ‘Nadine Dorries’ and ‘culture’ should not appear in the same sentence.”

Mr Patten’s jibes have prompted mocking from Tory MPs who have circulated an image suggesting Ms Dorries’ book sales are higher than his.

A source close to the Culture Secretary told Express.co.uk: “She is glad she doesn’t have Patten’s level of popularity.”

Ms Dorries, who is one of the Prime Minister’s most loyal supporters, has penned more than a dozen novels.

The Culture Secretary’s books have sold over 2.5 million copies, according to her publisher. 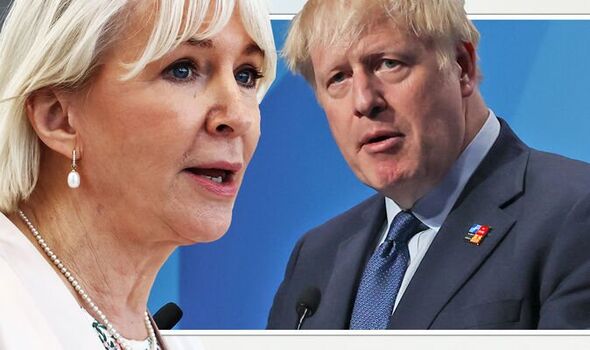 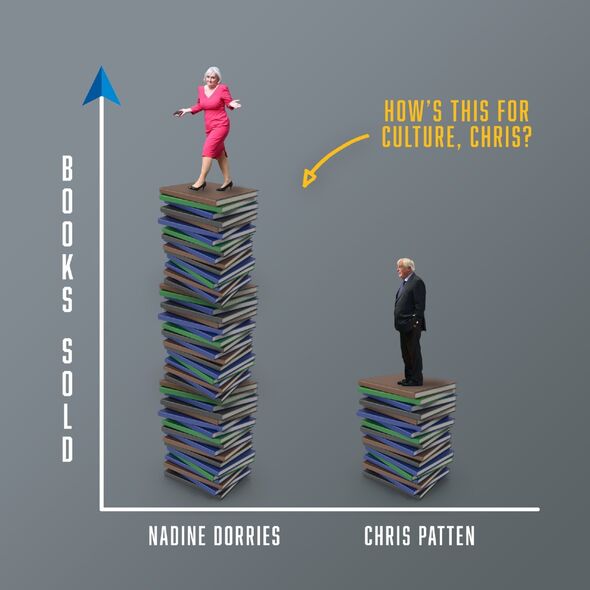 Meanwhile, Mr Patten has written a series of non-fiction books with his latest The Hong Kong Diaries released earlier this month.

The image being shared by Tory MPs comes after the former BBC Trust chairman blasted the Government over its popularity.

Speaking to the Guardian earlier this month, Mr Patten said: “What I should say is that we don’t have a Conservative government at all, but an English nationalist party which is populist, but – fatally – without being popular.”

He also claimed Brexit had “driven out” talent from the Tory party. 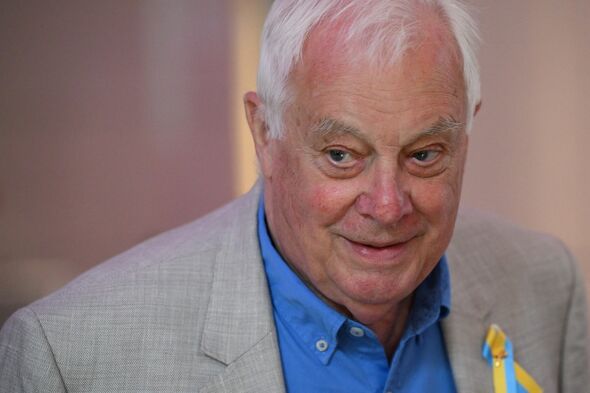 The party’s former chairman said: “It’s too depressing to think about.

“Many good people were driven out of the Conservative Party by Brexit. There are still a few.

“I look at people like Jeremy Hunt – though I fear it is going to ruin his leadership chances for me to say he’s perfectly good and decent.”

During another recent interview, Mr Patten took aim at the Culture Secretary as he fumed over plans to axe the BBC licence fee.

He told LBC: “Look the words ‘Nadine Dorries’ and ‘culture’ should not appear in the same sentence.”

But Mr Patten’s comments prompted accusations of “sneering” and “snobbery”.

“Nadine Dorries is right to challenge the status quo regarding the BBC, and the UK’s metropolitan elite-dominated and taxpayer-funded broadcasting landscape.”