(Reuters) – President Donald Trump’s former campaign chairman Paul Manafort was released on Wednesday from a federal prison in Pennsylvania to serve out the rest of his 7-1/2 year sentence in home confinement due to the coronavirus pandemic, his lawyer said. 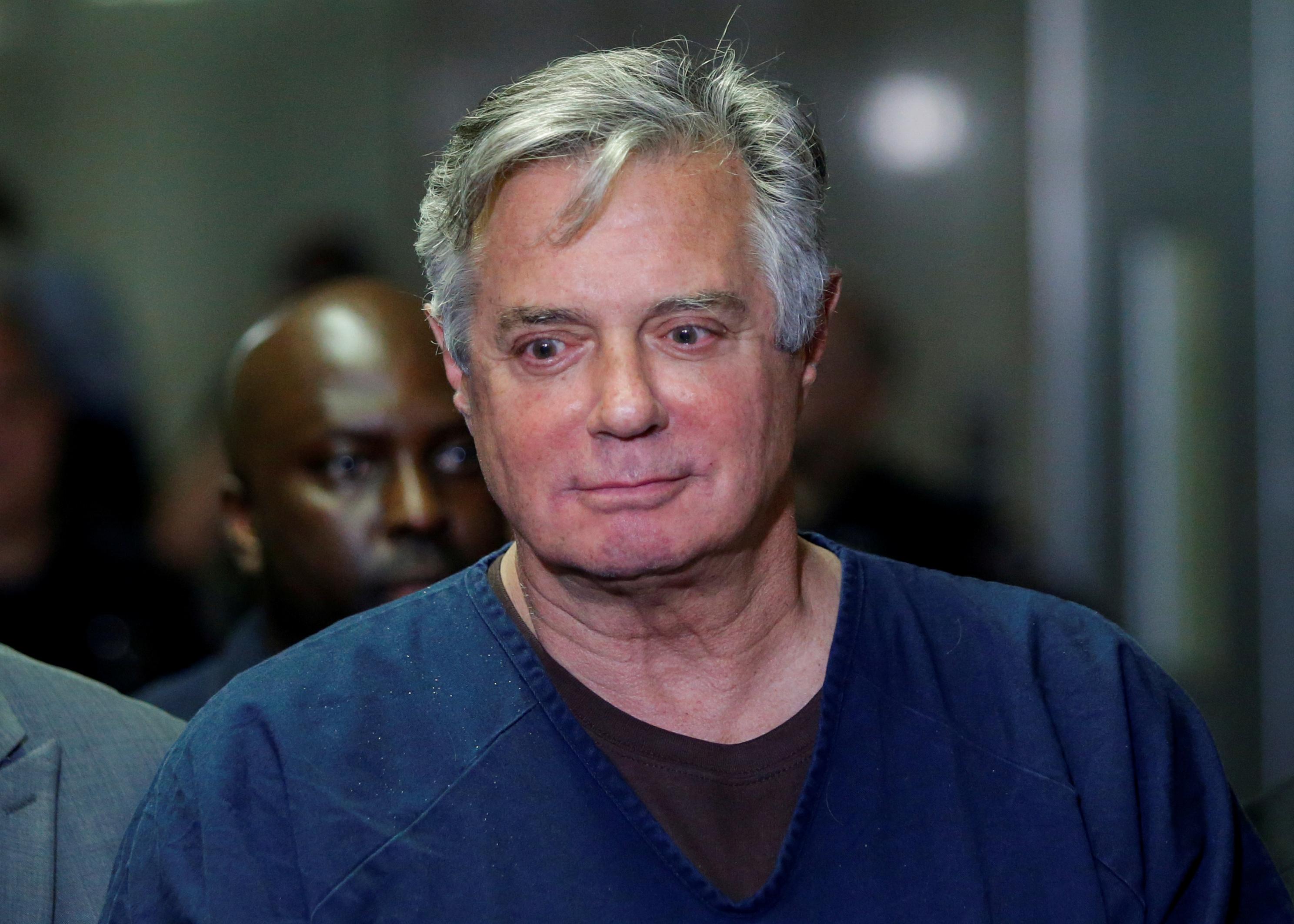 Todd Blanche, a lawyer for the Manafort, said the 71-year-old veteran Republican political operative was released from the Federal Correctional Institution, Loretto in Cambria County, Pennsylvania.

Manafort’s legal team last month asked the U.S. Bureau of Prisons for home confinement rather than continued imprisonment, saying his pre-existing health conditions increased his risk of complications from the virus.

Representatives for the bureau did not immediately respond to a request for comment on Manafort’s release, first reported by ABC News.

One of several former Trump aides charged in Mueller’s investigation, Manafort was convicted in a jury trial in Virginia in August 2018 on charges including tax fraud and bank fraud, and then pleaded guilty in a separate case the following month in Washington to conspiracy charges.

Manafort earned millions of dollars as an international political consultant to pro-Russia politicians in Ukraine and prosecution evidence showed he dodged more than $6 million in taxes by hiding his income in offshore bank accounts. The judge in one of his cases chastised him for using his money to live an opulent lifestyle with expensive clothing and homes. He sat in a wheelchair during some of his criminal proceedings.

Manafort’s lawyers had asked the bureau in an April letter to allow his transfer from the Pennsylvania facility to his Virginia home, citing his high blood pressure, liver disease and respiratory ailments. Manafort also suffered a cardiac event, his lawyers said in December.

Manafort’s former business partner Rick Gates, who also served as a Trump campaign aide and pleaded guilty as part of Mueller’s probe, has also asked to serve the rest of his federal prison term at home. Gates testified against Manafort in his trial.

A number of other high-profile federal inmates have requested to be released from prison amid the pandemic, which has sickened numerous inmates and staff, and led to a number of deaths amid the close quarters.

U.S. Attorney General William Barr in March called on the Bureau of Prisons to expand its use of home confinement as the coronavirus continued to spread in federal prisons.

Trump’s former personal lawyer Michael Cohen, imprisoned in a separate case, has also requested to be released early but a source this month said he had not been released.

A person close to Cohen and his family said they had no information about any plan to release him. A representative for the U.S. attorney’s office that oversaw Cohen’s case did not immediately responded to request for comment.