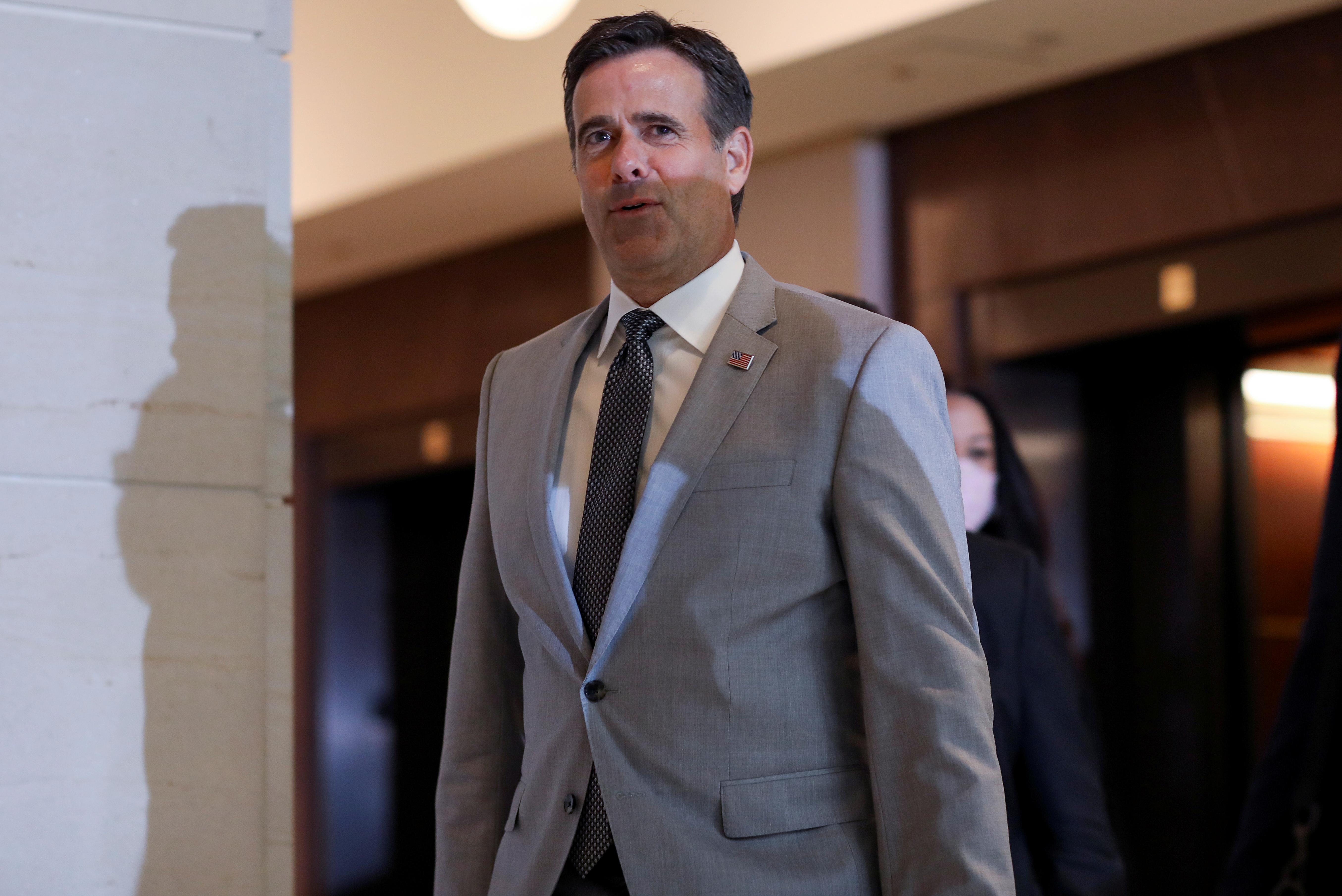 John Ratcliffe, the president’s new director of national intelligence and a close Trump ally, accused U.S. lawmakers of leaking classified information from a July 31 briefing to promote what he called false narratives for political purposes.

“A number of members of Congress went to a number of different publications and leaked classified information, again, for political purposes, to create a narrative that simply isn’t true, that somehow Russia is a greater national security threat than China,” Ratcliffe told Fox News’ Sunday Morning Futures.

Ratcliffe is a former lawmaker who defended Trump during Congressional probes into Russian efforts to influence the 2016 election.

Democratic lawmakers accused Ratcliffe of trying to block them from questioning intelligence officials in a bid to conceal information on how Russia has been interfering in the 2020 presidential election to help Trump, as it did in 2016.

“You can say things in a written report that are not correct, and you can’t be subject to questioning about it,” Representative Adam Schiff, Democratic chairman of the House Intelligence Committee, told CNN’s State of the Union program.

“When you can hide behind documents or withhold documents and not have to answer questions about it, it lets you conceal the truth. And in this case, concealing the truth is concealing Russians are again intervening to help the president in his re-election,” he said.

Schiff denied leaking any classified information from the July briefing.

“I haven’t, my staff hasn’t. I can’t speak for what all the members of the committee have done or not done, including a lot of the Republican members,” he said.

Democratic Senator Amy Klobuchar, a former presidential candidate, told ABC’s “This Week” that Ratcliffe’s decision was an “outrage” at a time when multiple foreign governments were trying to “break into” the Nov. 3 election, and that it was “crazy” that the House may be forced to subpoena him.

However, Senator Ron Johnson, Republican chairman of the Senate Homeland Security Committee, played down the significance of Ratcliffe’s decision when speaking with CNN’s “State of the Union” program, saying that the Democratic response had been “blown so way out of proportion.”

A bipartisan investigation by the Senate Intelligence Committee found this month that Russia meddled in the 2016 U.S. presidential election to help Trump at the direction of Russian President Vladimir Putin.