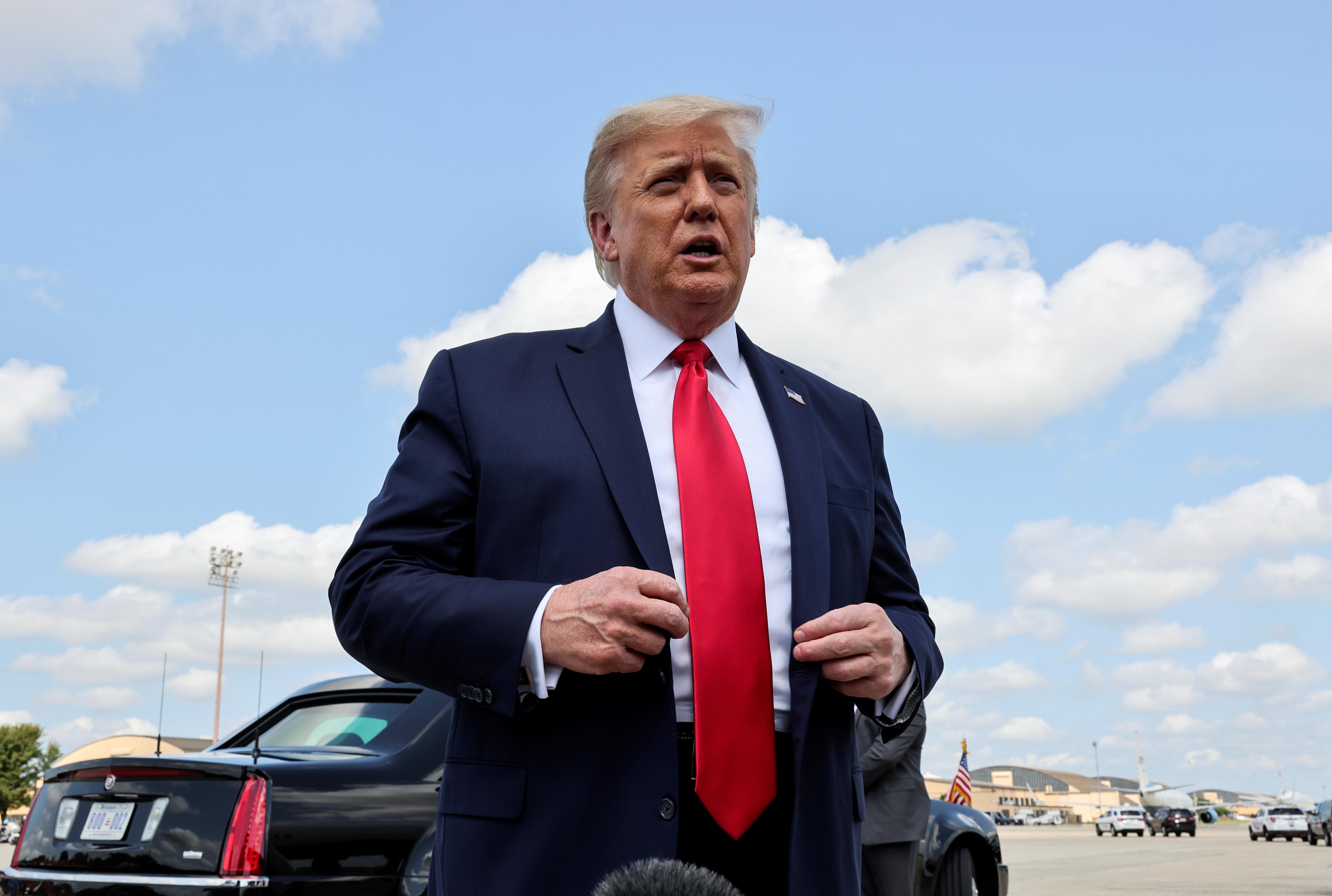 WASHINGTON (Reuters) – U.S. President Donald Trump, facing the possibility of a cash crunch, said on Tuesday he would spend his own money to finance his 2020 presidential campaign against Democrat Joe Biden if he had to.

The Republican president told reporters before taking off for a trip to Florida that the campaign had double or triple what it had in 2017 but he would put in whatever it takes.

The New York Times reported that Trump’s initial financial supremacy over Biden earlier this year had evaporated, and that of the $1.1 billon his campaign and the party raised from the beginning of 2019 through July, more than $800 million already had been spent.

Trump campaign manager Bill Stepien, who took over from Brad Parscale in mid-July, told reporters on a campaign press call on Tuesday that “we are now carefully monitoring the budget.”

Stepien said the campaign will have more resources to spend than it had in Trump’s 2016 victory and that “we’re very comfortable and confident” in how money is now being spent and where.