Russia proposed that the two countries make a “political obligation” to freeze their existing arsenals of warheads for one year. 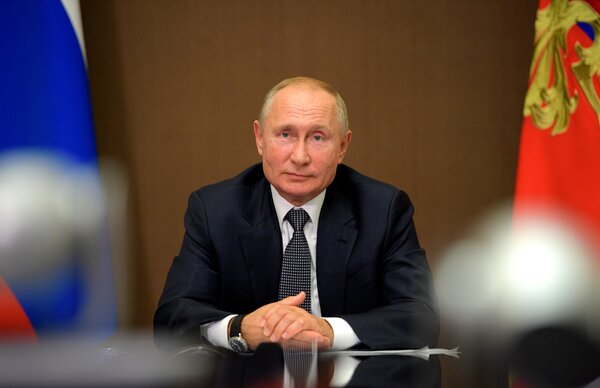 The United States and Russia on Tuesday appeared to be edging toward a short-term extension of the main arms control treaty limiting the size of the two nations’ nuclear arsenals, after Russia agreed to add a “political obligation” that would freeze its stockpile of nuclear warheads for a year.

It was unclear whether the modest move would be enough for President Trump to extend the New START accord before the presidential election next month, which would allow him to argue that he has gained something in his efforts to nurture a relationship with President Vladimir V. Putin of Russia — and for his determination to avoid criticizing Mr. Putin for human rights violations, authoritarian crackdowns and cyberattacks on the United States.

The treaty expires in February, after the presidential inauguration. Its provisions call for a five-year extension, which Mr. Putin said he was willing to embrace. Joseph R. Biden Jr., the former vice president and Democratic candidate for president, has said the same.

But Mr. Trump has called the treaty deeply flawed and refused a straight renewal, saying at first that China had to become a party to the agreement and then that the Russians had to freeze the weapons in their stockpile but not those deployed.

Russia on Tuesday proposed that both countries make a “political obligation” to freeze their “existing arsenals of nuclear warheads,” but only for one year, an echo of some type of “agreement in principle” that the administration said last week that Mr. Trump and Mr. Putin had reached.