WASHINGTON (Reuters) – U.S. federal prosecutors have produced no evidence linking dozens of people arrested in anti-racism protests in Portland, Oregon, to the antifa or anarchist movements, despite President Donald Trump’s assertions they are fueling the unrest. 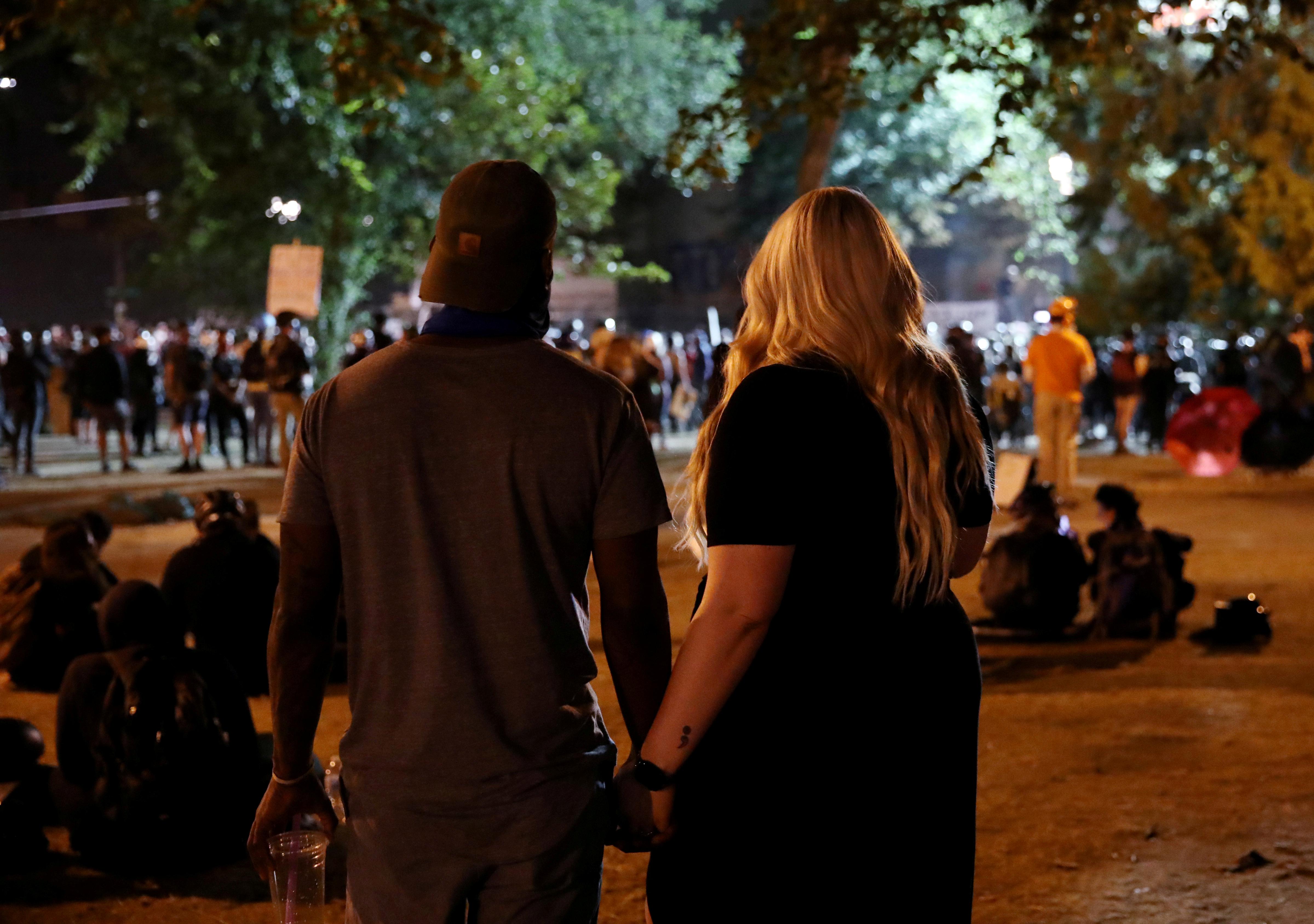 A spokesman for the U.S. Attorney’s office in Portland confirmed this in an email to Reuters on Tuesday.

“We have not alleged defendant affiliation with any specific groups or ideologies in our cases stemming from recent Portland protests,” said Kevin Sonoff, the spokesman. “Our cases focus purely on the criminal conduct alleged.”

Trump and officials in his administration have applied the labels to the Portland protesters, who set fires around, and threw objects at, officers around a federal courthouse during long-running confrontations.

“I think there are anarchists and far-left groups involved in the violence in Portland,” Attorney General William Barr said in testimony before Congress last week. “I think antifa is involved in Portland.”

Antifa, which stands for anti-fascist, is a largely unstructured, far-left movement whose followers broadly aim to confront those they view as authoritarian or racist.

The Portland federal prosecutor’s office said it arrested more than 40 people on charges ranging from failing to obey lawful orders and operating a drone in restricted airspace to arson and assaulting a deputy U.S. marshal with an explosive device.

In a July 26 internal memo first reported by the Lawfare.com blog, Brian Murphy, a former FBI agent who was serving as acting chief of the Department of Homeland Security’s Intelligence and Analysis office, suggested calling many Portland protesters “Violent Antifa Anarchists Inspired.”

Murphy was transferred to a different job over the weekend.

The Democrat who chairs the U.S. House of Representatives intelligence committee, Representative Adam Schiff, said on Monday that his panel would investigate the actions in Portland of that DHS office and its response to other anti-racism protests across the country. The Senate Intelligence Committee has launched similar inquiries.