WASHINGTON (Reuters) – The U.S. Senate on Tuesday unanimously approved $484 billion in additional coronavirus relief for the U.S. economy and hospitals treating people sickened by the pandemic, sending the measure to the House of Representatives for final passage later this week.

The bill, approved by the Senate on a voice vote in a near-empty chamber, was hurried along shortly after congressional leaders and the White House brokered an agreement.

The House is expected to vote on Thursday on what would be the fourth coronavirus-response law. Taken together, the four measures amount to about $3 trillion in aid since last month to confront a crisis that has killed more than 43,000 Americans.

President Donald Trump urged Congress to give quick approval to the measure, which mainly expands funding for loans to small businesses hobbled by the pandemic, leaving additional aid to state and local governments for a later bill.

Previously, Washington provided nearly $350 billion in loans to small businesses impacted by the coronavirus that can turn into grants if certain requirements are met. That funding was quickly exhausted.

Critics of the program said too much of the money had gone to larger, better-connected businesses. To combat that, Senate Democratic leader Chuck Schumer said, $125 billion of small business funds in the latest package would go to “mom and pop” and minority-owned stores.

Noting the “crash timeline” for passing the bill, Senate Majority Leader Mitch McConnell, a Republican, said it was necessary during “unprecedented times for the entire nation.”

Schumer, during a short debate, highlighted the bill’s funds for fighting the coronavirus, in addition to the aid for small businesses.

“We can give loans to small businesses, but if there’s no customers walking the streets to go into their stores, what good is that?” Schumer said.

Congress already is working on a fifth coronavirus-response bill. Schumer said it could be “similar in size” to the $2.3 trillion economic stimulus enacted on March 27.

With each passing week, Washington has been confronted with a deepening crisis that has prompted Republicans and Democrats to work in a mostly bipartisan way to ease the heavy human and economic toll of a pandemic that has sickened more than 795,000 in the United States and thrown more than 22 million people out of work.

The U.S. economy has been battered as businesses have closed and residents have observed stay-at-home orders intended to minimize the spread of COVID-19, the highly contagious respiratory illness caused by the new coronavirus.

While Republicans initially insisted the latest bill provide new funding only for small businesses, Democrats succeeded in broadening it to hospitals and other healthcare centers and more money for coronavirus testing. 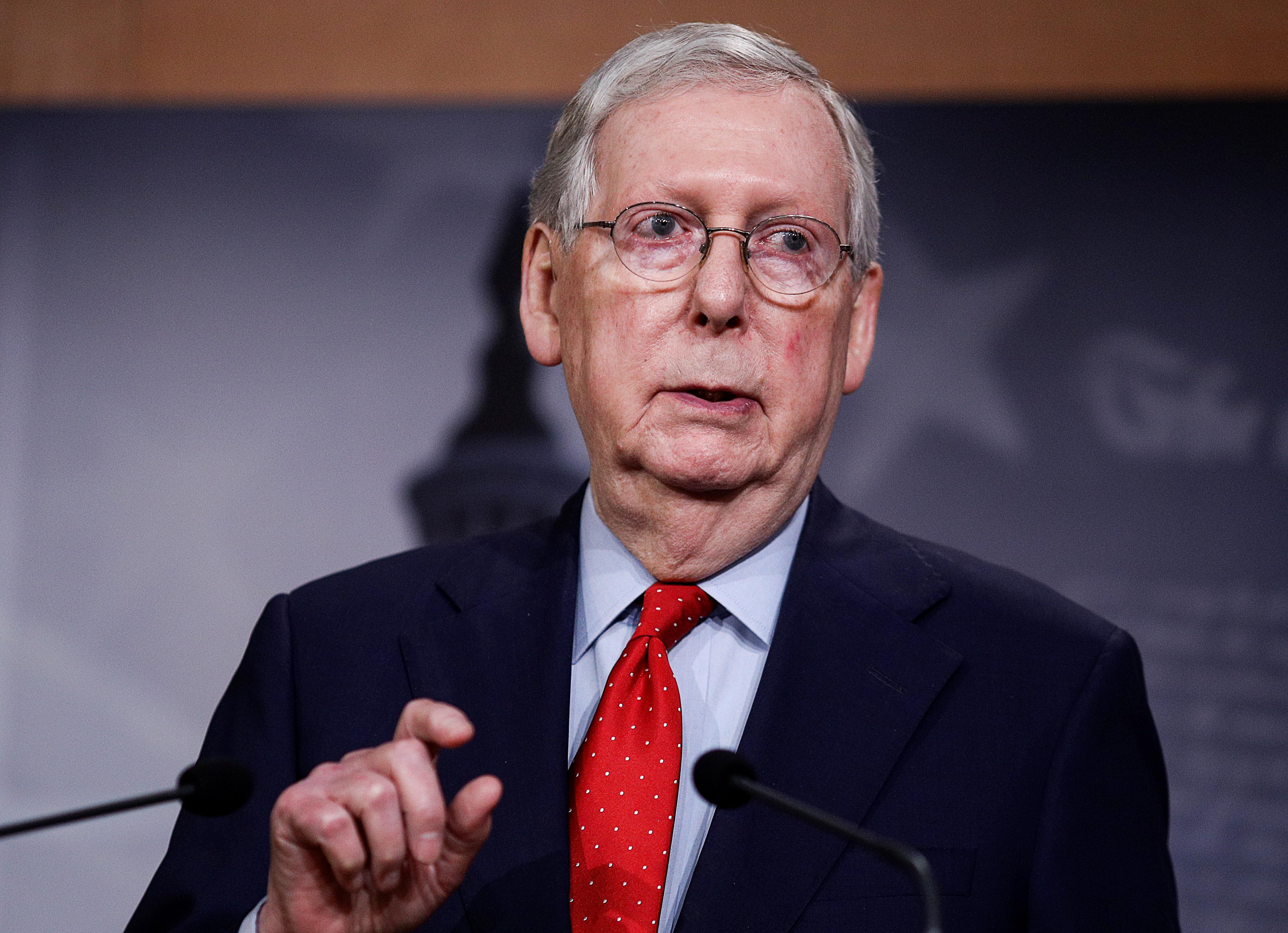 Democrats were not able to convince Republicans to increase emergency federal funding for state and local governments reeling from steep revenue losses due to the virus, and infrastructure spending that Democrats have been requesting throughout the crisis.

Trump, however, said in a Twitter posting that he would engage in talks on helping state and local governments and would look for ways to include infrastructure investments in the next bill.