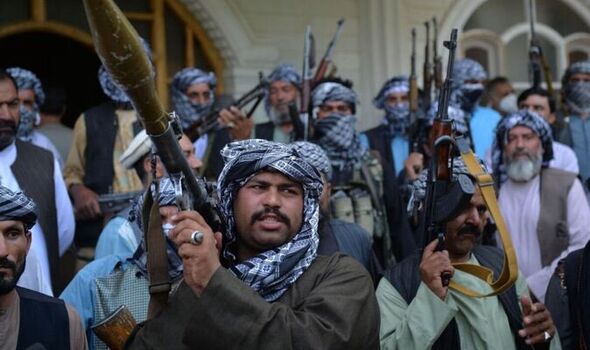 The money went through a trust to the Afghanistan National Police to help in its fight to hold the Taliban at bay. But the theft of arms and equipment was “widespread” and there were “ghost officers” on the payroll, according to the Independent Commission for Aid Impact (ICAI).

A UK security assessment in May 2020 refer to reports of the ANP committing various human rights violations, including beatings, excessive force during arrests, and arbitrary arrest and detention.

It also highlights a US State Department report that said the force was implicated in recruiting boys for sexual abuse. Children were penalised for “moral crimes” if they complained to the police.

The watchdog said giving money to the trust fund that paid police salaries “stands out as significant ‘do no harm’ lapse”.

Britain gave the cash under an international effort to stabilise Afghanistan and build a functional state.

But ICAI found there was “limited progress” in improving civil law enforcement “making it a questionable use” of the aid budget.

“We found evidence of a number of attempts at senior levels to terminate the support, which were overruled at the highest levels of the UK government,” its report said.

The watchdog said UK aid should not be used to fund “police or other security agencies to engage in paramilitary operations, as this entails unacceptable risks of doing harm”.

“Any support for civilian security agencies should focus on providing security and justice to the public,” it added.

The watchdog reports to a sub-committee of the Commons International Development Committee chaired by Conservative MP Richard Bacon.

He said: “Aid workers in Afghanistan are to be commended on the effective work they have delivered through individual programmes.

“However, the long-term success of the UK aid programme in Afghanistan is in doubt as a result of the failure to secure a viable Afghan state.

“The independent aid watchdog, ICAI, rates the UK’s development assistance to Afghanistan as unsatisfactory in most areas.

“It has found that decisions to fund police or other security agencies were ill-conceived. ICAI states that in highly fragile contexts such as this, Ministers must consider the prospects of viable political settlements in the sustained belief of a successful transition out of conflict.

“This review demonstrates that individual UK aid programming can succeed, but Ministers must work out their priorities and direct UK aid to where it counts.”

A Foreign Office spokesman said: “UK aid improved health; increased school enrolment; provided humanitarian support to the most vulnerable; and led the way in clearing landmines and other unexploded munitions across the country.

“We welcome the Commission’s report and will provide a formal response in due course.”