The European Commission President failed to use His Royal Highness the Duke of Edinburgh’s full title in a social media post to commiserate his death. She wrote: “I am saddened to hear of the passing of His Royal Highness Prince Philip. “I would like to extend my sincere sympathy to Her Majesty The Queen, the Royal Family and the people of the United Kingdom on this very sad day.”

The duke, who returned to Windsor Castle three weeks ago after a spell in hospital, died this morning two months before his hundredth birthday.

Buckingham Palace said in a statement: “It is with deep sorrow that Her Majesty The Queen announces the death of her beloved husband, His Royal Highness The Prince Philip, Duke of Edinburgh.

“His Royal Highness passed away peacefully this morning at Windsor Castle.

“Further announcements will be made in due course. 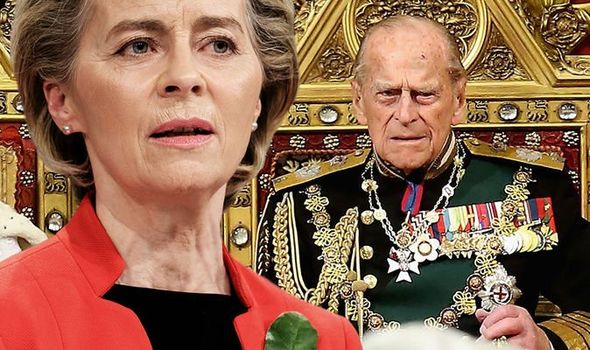 “The Royal Family join with people around the world in mourning his loss.”