Boris Johnson discusses when vaccine impact will be visible

The UK has vaccinated 13 million Britons while the 27 EU countries have together vaccinated 12.18 million people. In defence of the bloc’s vaccine scheme, European Commission President Ursula von der Leyen repeated the claim EU nations buying their own doses “would have been the end of our community”.

However, she admitted the EU’s immunisation drive was not performing as well as expected.

Speaking at the EU plenary session, the EU chief said: “We were late to authorise, we were too optimistic when it came to mass production, and perhaps we were too confident that what we ordered would actually be delivered on time.

“We need to ask ourselves why that is the case and what lessons we can draw from this experience.”

Ms Von der Leyen reiterated her intentions to have 70 percent of the European adult population vaccinated by the end of summer. 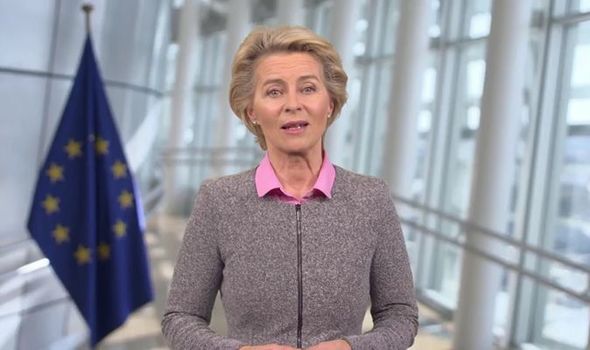 However, opposition parliamentary groups were not convinced by the pledge and called for an investigation into the bloc’s immunisation programme and its organisation.

Liberal lawmakers in the European Parliament have requested an inquiry into the failures in the programme.

Chairwoman of the European Left party, Manon Aubry, backed the proposal and demanded that an investigative group be formed immediately.

The news comes after German MEP Manfred Weber threatened the UK with yet another export ban on vaccine doses from the EU.

He questioned why the EU’s export to the UK should not be suspended if the UK refused to deliver doses of the AstraZeneca jab to Europe.

He said: “We support cooperation with other states but without being naive as Europeans.

“An export ban on European-produced vaccines must remain on the table in our view. 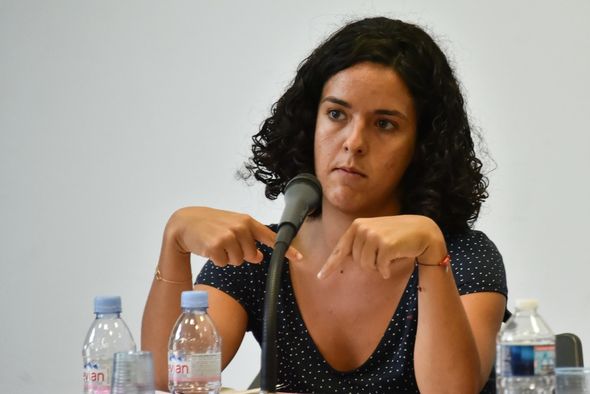 The European Commission President told MEPs on Wednesday that she “deeply regrets” having triggered Article 16 of the Brexit agreement last month.

She threatened the UK with an export ban of vaccine doses from the EU to Northern Ireland.