Daily briefings during the crisis in New York have given Gov. Andrew Cuomo a captive audience, and a growing fan base. But he says he’s not going anywhere. 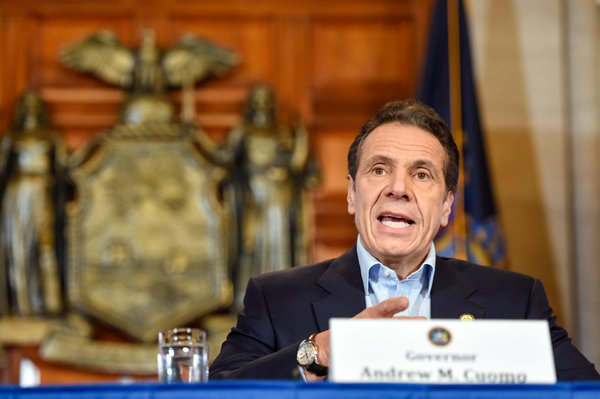 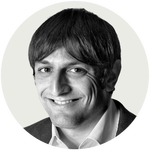 His is a new coalition, couch-bound and spooked, finding small comforts where few had sought sustenance before: in the tender embrace of a disaster briefing by Gov. Andrew M. Cuomo.

Fans share text messages about the accent — the Queens English, brusque but empathetic — and the cable-news group therapy of his slide show presentations, their pick-me-ups rendered with the force of executive orders. (“Find Ways To: Create Some JOY,” one caption instructed on Sunday.)

They daydream about Mr. Cuomo’s job prospects — Might he join a Biden administration? Might there be a Cuomo administration, somehow? — and indulge in mischievous embroidery.

“I’m always trying to keep up with what’s happening in the zeitgeist,” said Rachelle Hruska MacPherson, the founder of a cashmere sweater company, Lingua Franca, which now counts a $285 “cuomo for president” piece among its hottest sellers, with dozens of buyers already from as far as Texas, Montana and New South Wales, Australia.

On Monday, Mr. Cuomo reiterated that he would be disappointing them. “I’m not running for president,” he told reporters at his latest pandemic update.

But with the man who is running (and leading the Democratic contest), Joseph R. Biden Jr., functionally confined to campaigning from his Delaware home, Mr. Cuomo has become the politician of the moment, held up as the man in command with his state under siege.

More respected than revered over much of his nine-year tenure as governor, never seeing a clean path to a White House promotion he has long been said to covet, Mr. Cuomo now finds himself with a national audience, even as local supporters and critics agree he is much the same as he always was.

“If you’re feeling disoriented, it’s not you,” Mr. Cuomo said over the weekend, speaking generally. “It’s everyone.”

And it is yielding surreal political consequences.

“I keep hearing, ‘Cuomo for President,’” said Jay Jacobs, the chairman of the New York State Democratic Party and a superdelegate to the national convention. “Whether it’s political people that talk to me; or neighbors on the street; or friends I haven’t heard from in a long time; my brother down in Marietta, Ga., texting me; my sister-in-law — it’s off the charts.”

Here it is important to distinguish wish-casting from reality, as reinforced in conversations with Cuomo allies and party officials like Mr. Jacobs. “Joe Biden is going to be our nominee,” he said.