The Tories lost a 24,000 majority in Tiverton and Honiton to the Lib Dems who are vocal Brexit critics. Ed Davey’s party asked ‘what do we have to show [for Brexit]?’ on its website in January, two years after the UK was finally set free from Brussels.

The Lib Dems publicly campaigned to stop Brexit in the 2019 general election where Boris Johnson won an 80-seat majority.

The election was widely seen as a rubber stamp for the Prime Minister’s Brexit deal and confirmation that Britain wanted out of the bloc.

But the Lib Dem manifesto claimed: “Every vote for the Liberal Democrats is a vote to stop Brexit and stay in the European Union.”

It stated that a Lib Dem government would revoke Article 50 and put an end to Brexit by keeping the UK in the EU. 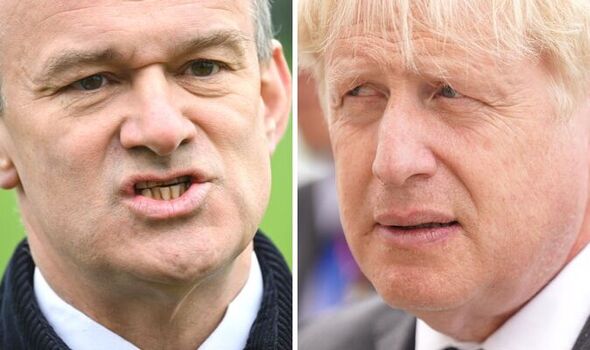 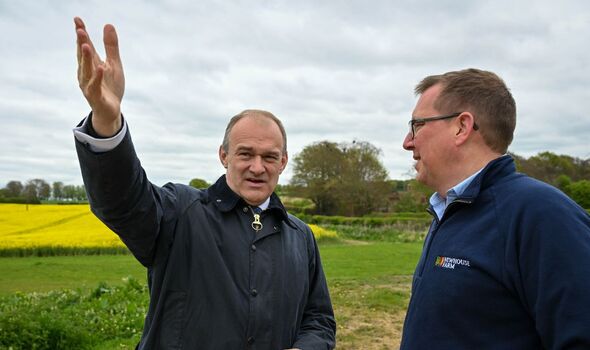 Tiverton and Honiton is part of the Mid Devon District which voted to leave in the EU referendum in 2016 by 53.3 percent to 46.7 percent – but that has not stopped the Lib Dems from continuing to attack Mr Johnson.

And after winning the Tiverton and Honiton by-election, Lib Dem MP Richard Foord called for the Prime Minister to resign.

He said: “The people of Tiverton and Honiton have spoken for Britain. They’ve sent a loud and clear message: It’s time for Boris Johnson to go. Go, and go now. 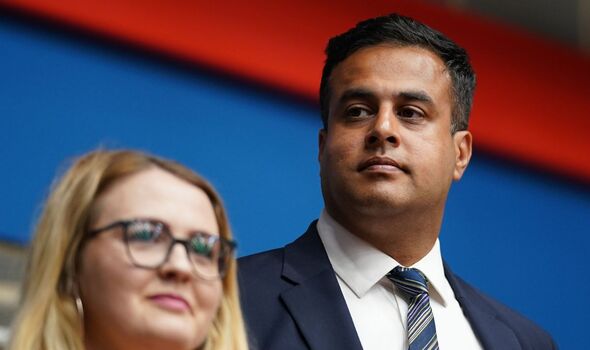 Brexit was at the heart of the campaign trail in Wakefield too as the Conservative candidate publicly attacked leaving the EU according to the Independent.

Nadeem Ahmed is quoted as saying Brexit was “built on lies” despite the town overwhelmingly voting to leave in 2016.

The comments saw senior Red Wall Tory MPs back out of going to Wakefield to support Mr Ahmed who lost the seat to Labour’s Simon Lightwood yesterday.

Labour’s new MP will bolster the party’s numbers in the House of Commons as the Conservatives 80-seat majority from 2019 is chipped away. 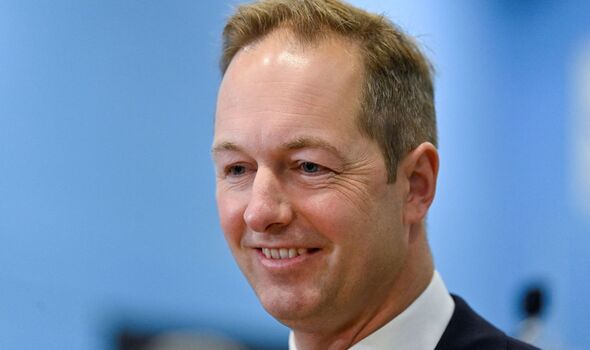 Labour’s victory in Wakefield is a concern for Tory Brexiteers who believe only the Conservative Party are capable of delivering on the public’s decision to leave.

The Labour Party’s 2019 manifesto said it would secure a Brexit deal within three months and set up another national vote within six months on the agreement.

The document read: “Labour has led the campaign to stop a no-deal Brexit. A majority Tory government would pose a renewed threat of the UK crashing out with no deal.”

Since then, Labour has ruled out rejoining the EU in an effort to win favour among its Red Wall heartlands.

This week marks the sixth anniversary of Independence Day but Tories are still divided over their support for Brexit.

Tory MP Tobias Ellwood called for the UK to rejoin the Single Market earlier this month.

He outlined the economic challenges of Brexit and wrote on Politics Home: “In a nutshell, all these challenges would disappear if we dare to advance our Brexit model by re-joining the EU single market (the Norway model).”

Others such as former Brexit negotiator David Frost said this week that there is not “any cause for regret” over the decision to leave the EU.

The only thing that is certain now, is that pressure on the Prime Minister and the UK’s Brexit arrangements has gone up another notch.