WASHINGTON, March 28 (Reuters) – President Donald Trump offered a preview of his re-election campaign playbook last year when he visited the building site of a multi-billion-dollar cracking unit in western Pennsylvania, hailed as one of the largest construction projects in the country. 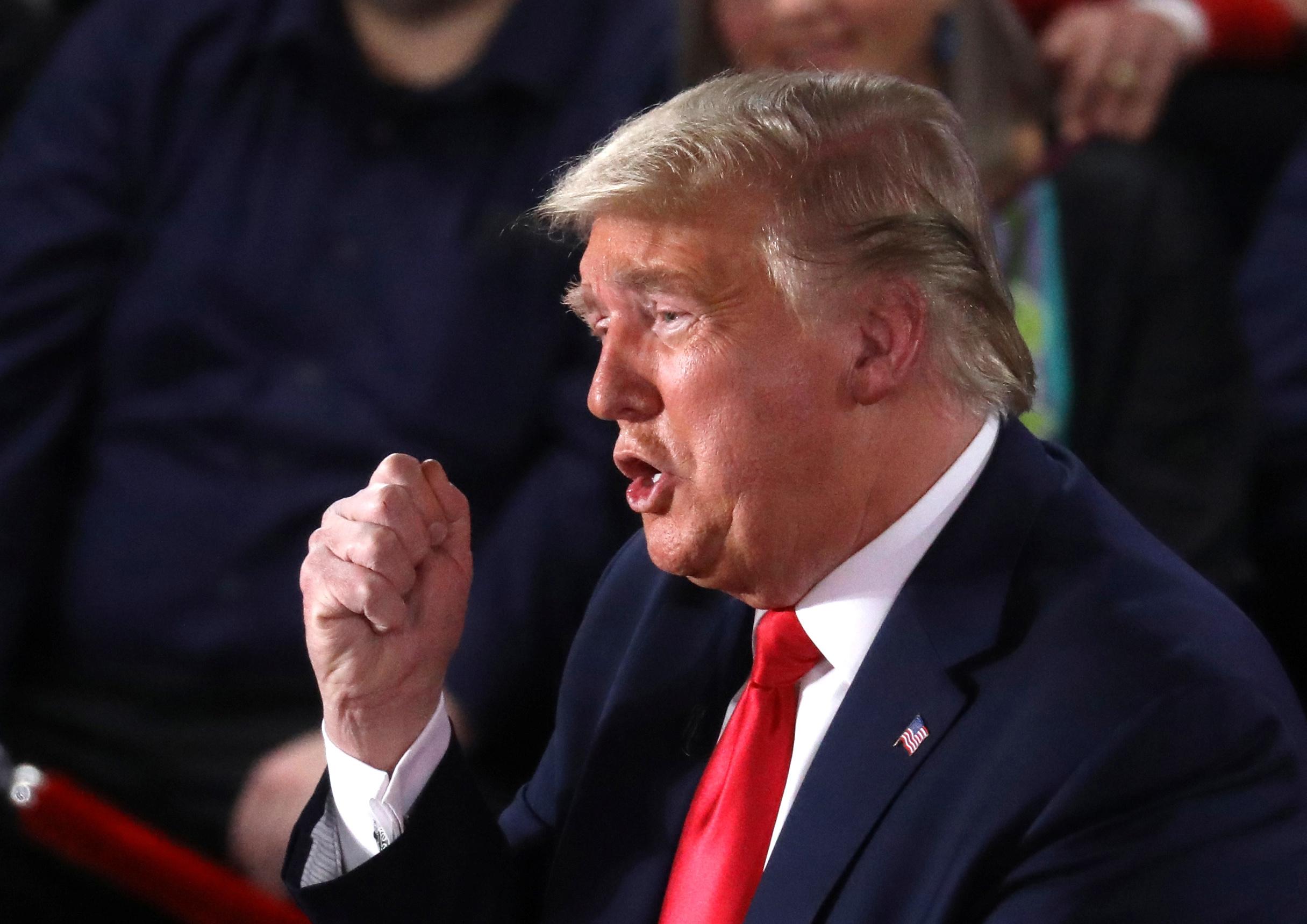 To Trump, it was a pitch-perfect example of a booming economy.

Except today, the site sits largely empty, after the coronavirus outbreak forced oil company Royal Dutch Shell to halt construction. The project’s thousands of workers are now unemployed, adding to the nearly 3.6 million Americans who filed for jobless benefits in the last two weeks.

The tension between wanting to keep workers safe from infection and trying to get back to business as soon as possible illustrates the fine line Trump must walk as he floats the idea of reopening the U.S. economy in defiance of the advice of public health experts.

Seven months before he faces re-election, Trump must find a balance between trying to stop the economy from spiraling into a severe recession while appearing to act decisively to contain a still-expanding health catastrophe.

Trump has been under increasing pressure to ease back economic restrictions from his Republican base, who consistently have been less alarmed than Democrats about the virus, which has infected more than 85,000 Americans and killed more than 1,200.

A March 18-24 Reuters/Ipsos poll shows 76% of Democrats agreed that the coronavirus is a “serious threat to me and my family” compared with 63% of Republicans.

Many workers at the Shell site in Potter Township, 40 miles (65 km) east of Pittsburgh, live paycheck-to-paycheck and are eager to work. But some are concerned about Trump’s suggestions that the U.S. economy could be re-opened by Easter on April 12.

“If they called me and said come back to work Monday, I would not go. Not until I feel it’s safe for me and the other workers,” said Jonathan Sailers, a 34-year-old union insulator who wraps pipes at the site.

For a graphic on calendar of each state’s Democratic nominating contest and its allocated delegates, please click tmsnrt.rs/37bDD2f

Prior to the outbreak, a soaring stock market and strong employment stood at the heart of Trump’s message that he should be re-elected in November, with the president even suggesting that even if voters didn’t like him, he helped their bottom line.

For the moment, that argument has evaporated.

Trump’s campaign says he is focused both on safeguarding the health and safety of Americans and getting the economy humming again.

“The president is correct that our nation was not built to be completely turned off for long periods of time and that such dormancy would cause a great many long-lasting problems,” said Trump spokesman Tim Murtaugh.

Chris Wilson, a Republican pollster, said the coronavirus crisis is actually an opportunity for Trump but he must handle it correctly.

“If we wind up coming through this relatively intact, I think Trump will get a huge amount of credit from voters,” Wilson said.

Trump has already seen a bump in his approval ratings, by 4% to 44% since the health crisis, according to the Reuters/Ipsos poll. But the rise is modest for a president confronting a national crisis: Former President George W. Bush’s approval rating shot up by 39 points to 90% in the days following the Sept. 11, 2001, attacks, according to Gallup polling service.

The numbers have also climbed as Trump took the outbreak increasingly seriously, appearing on television and warning people to stay home, after at first playing down the threat.

If he flips that message, strategists and experts say, he runs the risk of losing supporters, particularly if the death toll continues to grow.

“There’s normally a rallying effect around the president in the early days of the crisis, and Trump’s clearly benefiting from that,” said Alex Conant, a former top aide to Republican Senator Marco Rubio, a 2016 presidential candidate.

“As days turn into weeks and months, the president’s polling position could weaken if people think the country is losing the fight.”

Shell says it has no timeline for restarting construction at the Potter Township site.

In the meantime, workers are struggling to pay their bills, said Ken Broadbent, business manager for a Pittsburgh-based steamfitters union that supplied the project with hundreds of workers.

“It’s still way too early,” he said. “We just don’t know how long this will last. The longer it lasts, the more it’s going to hurt.”

For a graphic on where the candidates stand on key issues, please click tmsnrt.rs/2ughVeT