VATICAN CITY (Reuters) – The Vatican daily L’Osservatore Romano, which Pope Francis has jokingly called “the party newspaper”, suspended printing for only the third time in nearly 160 years on Wednesday due to the coronavirus. 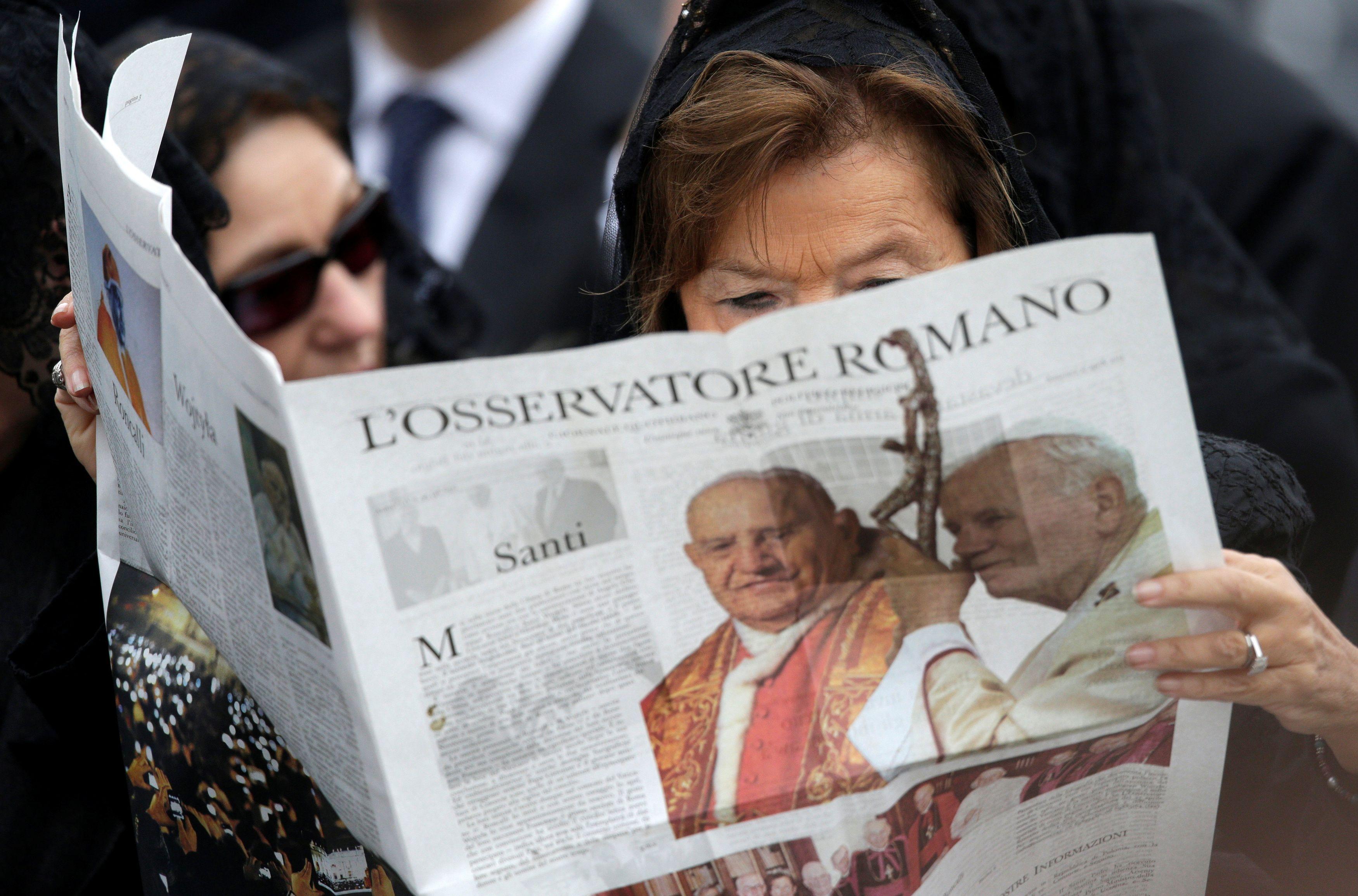 The paper, which was founded in 1861, will continue publishing online and most of its staff of about 60, including 20 journalists, will work from home, editor Andrea Monda said.

“A newspaper and the paper on which it is printed are inextricably intertwined so it sad that this is happening but the reality is that we are all facing a crisis,” Monda told Reuters.

Wednesday evening’s edition will be the last for the time being. The newspaper’ print run of about 5,000 is disproportionate to its wider influence in reflecting Vatican opinion on international affairs and Church matters. It is followed by many ambassadors.

“We will try to make the best of the moment to boost our online readership until we are able to print again,” Monda said.

Ten copies will continue to be printed. They are for Pope Francis, former Pope Benedict, a few top officials and several to be archived for the historical record.

“We had to stop primarily because both the printers and the distributors could not guarantee their services in safe conditions because of the lockdown in Italy and the Vatican,” Monda said.

It is very rare for the paper not to be published. Even the Nazi occupation of Rome during World War Two did not halt printing.

However, the paper was not published on Sept. 20, 1870, when forces fighting for Italian unification conquered Rome and ended the Church’s temporal power over a large swathe of Italy known as the Papal States.

Publication was also suspended for a period in 1919 due to labor unrest and other difficulties in Italy after World War One, Monda said.