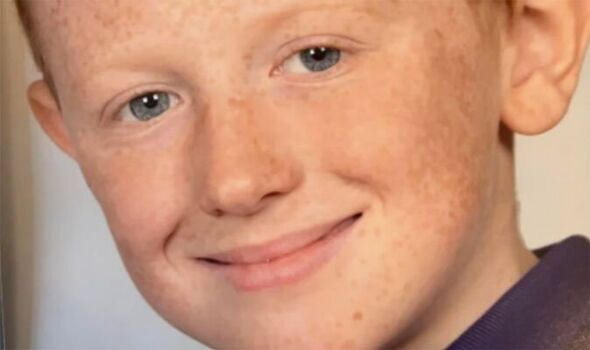 The Met Office is warning of fallen trees, damage to buildings, flying debris and power cuts.

A spokesman said: “Injuries and danger to life are likely from large waves and beach material being thrown onto coastal roads, sea fronts and properties.”

Householders have been advised to secure items in their garden such as trampolines and bins.

Rail, road, air and ferry services are also expected to be affected, with some bridges potentially having to close.

England’s National Highways has urged motorists in the affected areas to only travel if “absolutely necessary”. Police Scotland said there is a “high risk” of travel disruption.

An amber weather warning is in force from 4pm today until midnight.

Weatherman Aidan McGivern said Storm Dudley has been caused by “a very powerful jet stream coming at 200mph out of Newfoundland, Canada”.

He added: “That storm will deepen as it crosses the Atlantic, bringing the worst of the winds to Scotland, Northern Ireland and northern England.” Then, after a brief lull on Thursday, Storm Eunice will appear “out of nowhere” on Friday to bring yet more punishing winds to a large part of the UK.

Meanwhile, a nine-year-old boy killed by a falling tree during Storm Malik had been out on a pheasant shoot with family and friends, it emerged yesterday.

Jacob Gallon, from Longton, Staffs, was at the 400-acre Heath House estate, in the Staffordshire Moorlands, when he was struck on January 29. His funeral was held last week.

Jacob’s parents have been too upset to talk about what happened.

Villagers shocked as giant turbine blown over… by heavy gales

This 300ft wind turbine is reduced to a crumpled heap after being blown over during the stormy weather.

The £20million turbine, double the height of Nelson’s Column, snapped apart as its blades struggled in the raging winds.

Families in the nearby village of Gilfach Goch, south Wales, said the crash on Monday sounded like “thunder and lightning”. The 11-turbine Fforch Nest wind farm opened in 2013 to give power to 19,000 homes.

Villager Sharon Westgate said: “We need to start saying no to these surely? Thank God nobody was hurt.”