Marvelous by Fred in Midtown is a French pastry shop from Frédéric Vaucamps featuring seven iterations of the merveilleux. 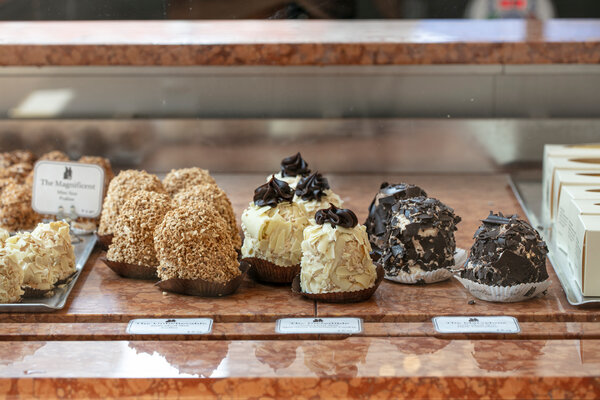 The merveilleux, the signature pastry made by Frédéric Vaucamps in Lille, France, has been available in his small shop on Jane Street in the West Village for many years. Now the company, which has 46 shops worldwide, has opened a second New York store, a flagship in Midtown named for the pastry. The feather-light cake and meringue confection, in seven flavors, comes in regular and mini sizes. Brioches, croissants and sandwiches are also sold. The shop, with late 18th-century décor that echoes the post-revolutionary era during which the pastry is said to have been created, includes an enormous crystal chandelier and has seating on two levels indoors.