Kassem Tajeddine had been detained in the US since 2017 and many speculate his release is part of a deal. Beirut, Lebanon – Lebanese businessman and accused Hezbollah financier Kassem Tajeddine arrived in the capital Beirut following his compassionate early release from US detention, three years into a five-year sentence for evading US sanctions.

A US judge ordered Tajeddine released in May, citing the coronavirus pandemic and the 65-year-old’s age. Tajeddine’s family said in a statement that he underwent a 14-day quarantine in the United States before being brought to Beirut after navigating “complicated mechanisms due to his legal status and the current travel conditions”.

Video shared on social media showed Tajeddine being warmly greeted on the tarmac of Beirut’s airport after walking off a plane on Wednesday.

Blacklisted as a “specially designated global terrorist” in 2009 for his alleged role in financing Hezbollah – a group itself designated a terrorist organisation by the US – Tajeddine was arrested in Morocco in 2017 and subsequently extradited.

Prosecutors charged the wealthy commodities trader with evading US sanctions and arranging a money-laundering scheme that enabled him to deal with US businesses without their knowledge.

He pled guilty in 2018, was ordered to pay a $50m fine and was sentenced to five years in prison in 2019, including time already served.

Tajeddine has maintained he does not have ties to Hezbollah and his guilty plea was not made in relation to the party. His release does not affect his designation as a “specially designated global terrorist”.

The US Department of Justice filed an appeal over his early release on June 25, NBC News reported. “The need for the sentence imposed to reflect the seriousness of the offense and to promote deterrence by others and respect for US laws around the world remains,” the US broadcaster cited court documents as saying.

Deal or no deal?

News of Tajeddine’s release spurred speculation of a back-room deal with the US following Lebanon’s release of a naturalised US citizen in March.

Lebanese American Amer Fakhoury ran the notorious Israel-backed Khiam detention centre during Lebanon’s civil war, earning him the nickname “The Butcher of Khiam”. He was arrested upon his entry into Lebanon in September 2019, and the county’s military court charged him with kidnapping, imprisonment, and torturing inmates at Khiam.

But the military court abruptly dropped charges against him in March, and he was airlifted out of Lebanon on board a US helicopter from the US embassy north of Beirut.

“There have been good signs of releasing people from both sides, and let’s hope that this positive atmosphere continues,” Yassine Jaber, member of parliament and the head of Lebanon’s parliamentary foreign affairs committee, told Al Jazeera, though he denied knowledge of any deal.

“Some say there may have been negotiators, but others say it took a judicial path. He (Tajeddine) served some of his time and then applied for early release. There are many theories,” Jaber said.

“It’s good he’s been released and back with his family. I don’t know about a deal – talk to General Security,” he said, referring to Lebanon’s top intelligence agency.

Ibrahim is known as Lebanon’s top mediator and has worked to secure the release of Lebanese citizens held in detention abroad in the past.

Last year, Ibrahim said, “The issue of Lebanese Kassem Tajedine is on my conscience. I met him in his prison in America, and this issue has not been left behind.” 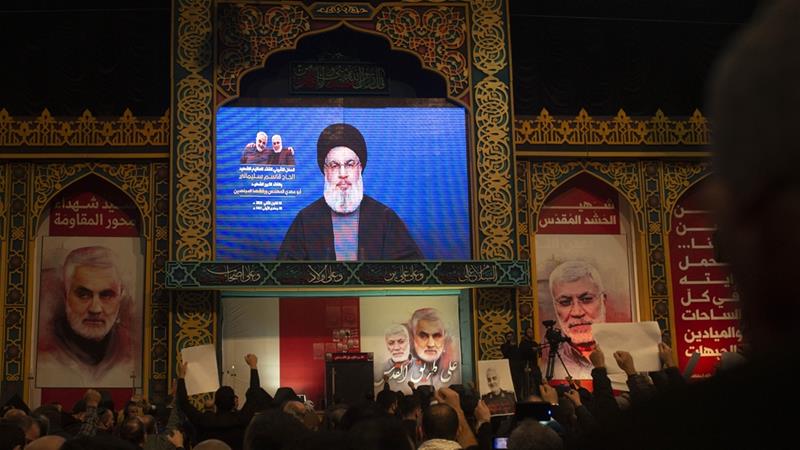 Why is the United Kingdom acting against Hezbollah?