More than 500 civilians killed in first three months of 2020, UN report says as violence rages even after February deal. 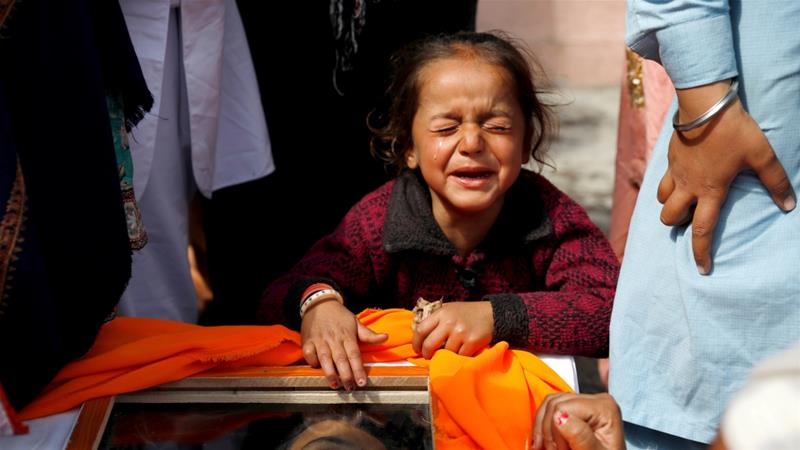 More than 500 civilians have been killed in Afghanistan in the first three months of the year, the United Nations has said, even after an agreement between the United States and the Taliban on withdrawing foreign forces was signed to bring peace to the war-torn country.

Fighting in the first three months of the year caused 1,293 civilian casualties, of which 760 were injuries and the rest deaths, including 152 children and 60 women, the UN Assistance Mission in Afghanistan (UNAMA) said in its quarterly report on Monday.

Much of the violence that led to the casualties took place in March after a US-Taliban deal on the withdrawal of US-led foreign forces in exchange for Taliban security guarantees was signed on February 29.

The pact includes a commitment by the Taliban and the Afghan government to work towards ending the 18-year war in the country.

Efforts towards formal peace talks have been fraying as the Taliban continues to attack government forces despite warnings from the US for it to reduce violence, as well as disagreements over the release of prisoners.

A political feud within the Afghan government – between the president and his main rival after a disputed election – has also distracted attention from the peace effort.

“To safeguard the lives of countless civilians in Afghanistan and to give the nation hope of a better future, it is imperative that violence is stopped with the establishment of a ceasefire and for peace negotiations to commence,” said Deborah Lyons, the UN secretary-general’s special representative for Afghanistan and head of UNAMA.

Lyons reiterated calls for a ceasefire, which the Taliban has rejected in recent days.

According to the UN report, the Taliban and other anti-government armed groups, such as the ISIL (or ISIS) group’s affiliate in Afghanistan, were responsible for the majority – 55 percent – of the civilian casualties during the first three months.

The Taliban was behind 39 percent of those casualties, the report said, an increase of 22 percent compared with the same period last year, while the Afghan forces and their allies were responsible for 32 percent of all civilian casualties during the first quarter of 2020.

The report added that pro-government forces were responsible for more child casualties than the Taliban and other armed groups and over twice as many child deaths. Children and women continue to be disproportionately impacted by the violence, it said.

However, the number of civilian casualties in that period was the lowest since 2012, the report said.

Taliban spokesman Zabihullah Mujahid rejected the UN report as an attempt “to cover up daily crimes against civilians committed by US and Afghan forces”.

“Afghans are witnessing that most of the civilian casualties are due to indiscriminate bombings, rocket attacks on villages and towns as well as raids on civilian homes,” Mujahid said.