More than 26,000 children have been killed or injured in Afghanistan since 2005 – an average of five youngsters every day, a charity has found.

Save The Children said the statistics highlight the “appalling cost of the decades-long conflict on children” in the country.

The charity warned Afghanistan is “one of the most dangerous countries for children in the world” and urged the UK to endorse a political declaration on “avoiding the use of explosive weapons in populated areas”. 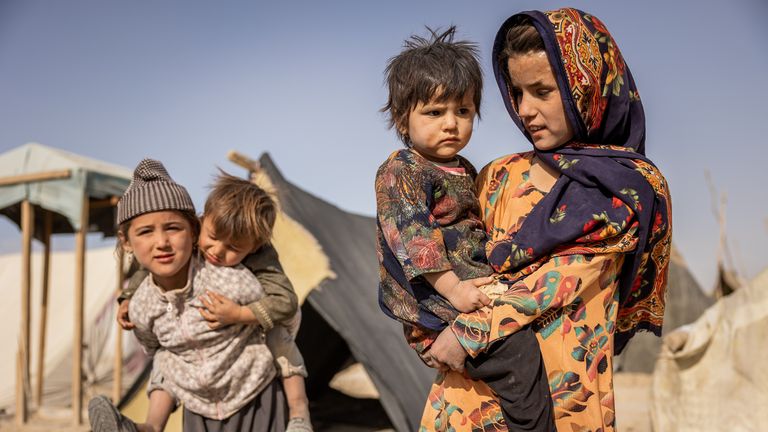 A nine-year-old girl called Shogofa was critically wounded and three of her siblings were killed in a rocket attack on her home in Fayrab province.

“Our house was destroyed,” she said. “My three brothers were killed, and my hand was injured.

“I was crying and crying. We now live in a tent. I hope that there will be peace and we’re able to move home.” There were more than 300 attacks on schools in the country between 2017 and 2019, which killed or injured at least 410 students and teachers, according to the charity.

More than seven million children in Afghanistan are at risk of hunger, while three million youngsters under the age of five suffer from undernutrition, it added.

Last month at least 24 people were killed, including teenage students, following a suicide bombing at an education centre in western Kabul. 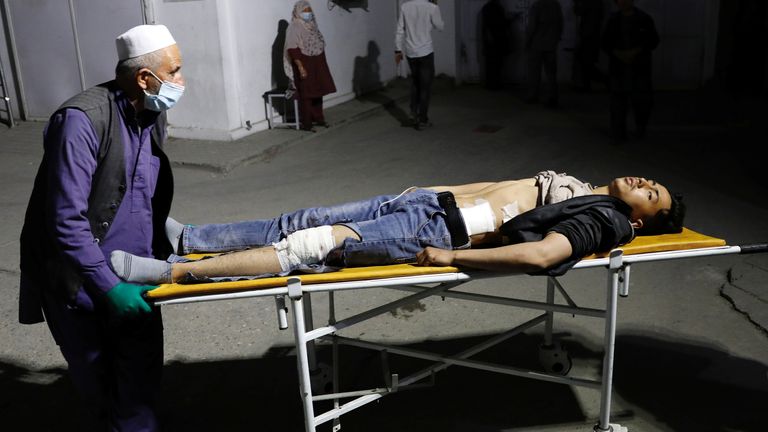 A week later, 35 people were killed when gunmen stormed Kabul University. Islamic State claimed it was behind both attacks.

It was announced last week that US President Donald Trump will cut America’s military presence in Afghanistan, with the number of US soldiers falling from 4,500 to 2,500 by the time he leaves office early next year.

Save The Children said the COVID-19 pandemic has now “exacerbated humanitarian need, especially for children”.

Chris Nyamandi, the charity’s country director in Afghanistan, said: “Imagine living with the constant fear that today might be the day that your child is killed in a suicide attack or an airstrike.

“This is the grim reality for tens of thousands of Afghan parents whose children have been killed or injured.

“The COVID-19 pandemic has added to children’s misery and must be addressed with new funding.” 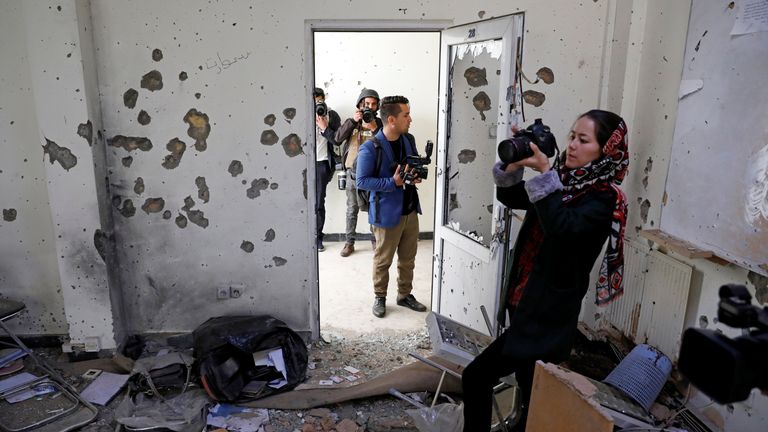 The 2020 Afghanistan Conference begins in Geneva on Monday and Save The Children has urged the international community to increase funding for education and public health to support youngsters.

Kevin Watkins, the charity’s UK chief executive, said: “As rich nations sit down to discuss Afghanistan’s future, we must keep the hopes and aspirations of Afghan children front of mind.

“They deserve a future free from violence, fear and persecution.

“The UK must use its influence on the global stage to ensure Afghan children affected by explosive weapons have access to vital services to help them recover from potentially life-changing injuries.

“We call on the UK to endorse a political declaration on avoiding the use of explosive weapons in populated areas, and to make sure our allies follow suit.”