A former British soldier who was arrested by the Taliban has been flown out of Afghanistan with a visiting UK delegation, Sky News understands.

Ben Slater, who ran his business Nomad Concepts Group from the country’s capital, was detained last month while trying to help hundreds of Afghans to leave the country.

A UK government source said that he flew out of Kabul to Doha on the same flight as Sir Simon Gass, the Prime Minister’s High Representative for Afghan Transition, and Chargé d’Affaires of the UK Mission to Afghanistan in Doha, Dr Martin Longden. 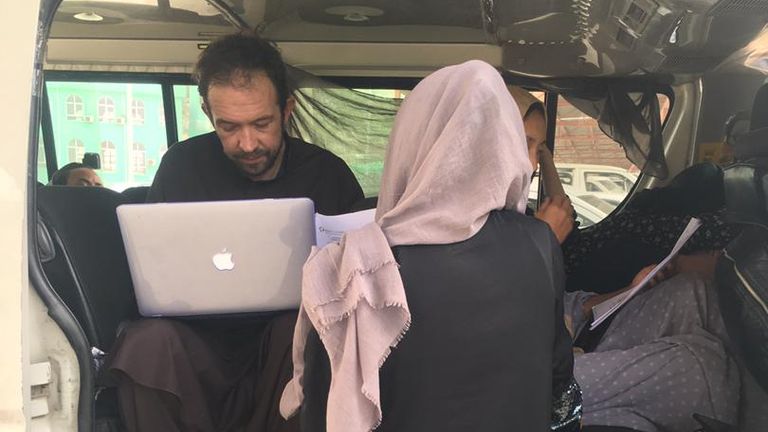 An official statement from the Foreign, Commonwealth and Development Office separately said that Sir Simon and Dr Longden had travelled to Afghanistan to meet senior members of the Taliban, including Mawlawi Amir Khan Muttaqi, Mullah Abdul Ghani Baradar Akhund and Mawlawi Abdul-Salam Hanafi.

They “discussed how the UK could help Afghanistan to address the humanitarian crisis, the importance of preventing the country from becoming an incubator for terrorism, and the need for continued safe passage for those who want to leave the country”.

“They also raised the treatment of minorities and the rights of women and girls,” a government spokesperson said.

“The government continues to do all it can to ensure safe passage for those who wish to leave, and is committed to supporting the people of Afghanistan.”

A statement on Twitter which appeared to be from a Taliban foreign affairs spokesman said: “The meeting focused on detailed discussions about reviving diplomatic relations between both countries, assurance of security by IEA (Islamic Emirate of Afghanistan) for all citizens entering legally, and humanitarian assistance by UK for the Afghans.”

Abdul Qahar Balkhi claimed the UK delegation had said Boris Johnson was “seeking to build relations with IEA while taking into account prevailing circumstances” while the Afghan side said the UK “must take positive steps regarding relations and cooperation, and begin a new chapter of constructive relations”.

He added: “We expect others to also not work towards weakening our government.”

The Taliban took control of Afghanistan after the western-backed government fell in August.