SHANGHAI/SHENZHEN, China (Reuters) – Expatriates living in China, who left in droves when the coronavirus outbreak hit in earnest in late January, face rising hurdles as they rush to return and avoid being stranded overseas. 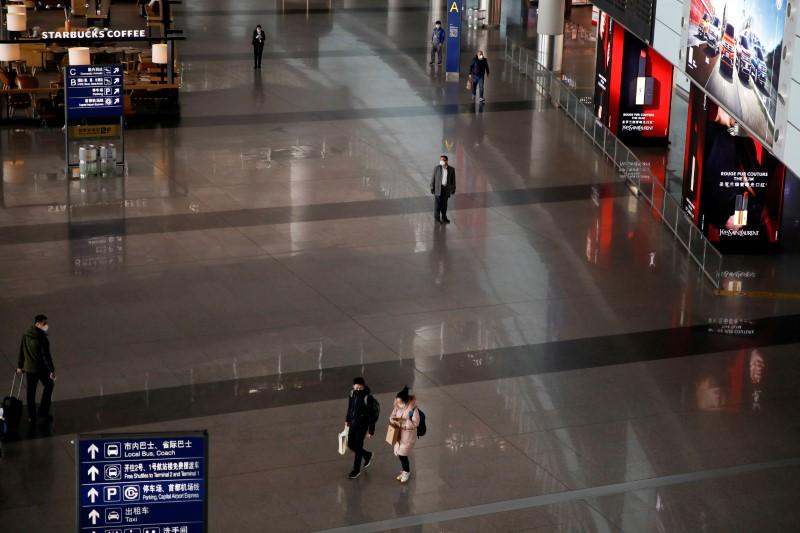 As countries around the globe go into lockdown even as local cases in China fall sharply, expats face flight cancellations, quarantine policies that differ by city and change by the day and lock-downs in their home countries.

On Friday, Hong Kong’s Cathay Pacific Airways said it was cutting capacity by 96 percent in April and May.

Ivana Hauserova, based in Shanghai, left in early February.

“We were afraid for our daughter, what would happen if one of us was sent to quarantine,” she said from the Czech Republic. “Europe was safe at that time.”

Since then, countries such as Italy, France, Spain and the United States have seen case numbers soar.

Now, Hauserova wants to return to China as she feels people in her home country are not taking the virus seriously enough.

But she has had two flights cancelled and worries she won’t be able to go back to Shanghai.

“Honestly, now I regret that I left Shanghai,” she said.

Last week Beijing said all people flying into the capital would be quarantined at government-designated facilities for 14 days at the traveller’s cost, but Shanghai is only selectively quarantining arrivals from high-risk countries.

“We’re just really exhausted trying to predict the policy, because it changes every day,” said Naiwen Ting, a U.S. citizen who left with her family on Jan 20 for a three week holiday in Australia that has turned into a two-month sojourn.

“You’re travelling, without it ending, with a suitcase,” said Ting, who wants to return to her fashion business in Shanghai.

Increasingly scarce flights are in some cases becoming prohibitively expensive. This week, economy class flights from Australia to Shanghai cost between 9,500 yuan ($1,343) and 10,000 yuan, more than double the usual roughly 4,000 yuan.

“BUSINESS IS PICKING UP”

American Joanie Murta arrived in Hong Kong on Saturday and said it took over eight hours of queueing to get through checks while crossing into the mainland at the Shenzhen Bay border checkpoint, where there was no soap or water in the bathrooms.

Some expats are trying to slip through the closing doors by re-routing to places not on China’s high-risk list and staying there for 14 days to avoid quarantine.

One Belgian expat who declined to be named said he plans to return to Shanghai on Saturday, having stayed in Taiwan for two weeks to try and side-step quarantine policy in the city after staying in France.

“Now business is picking up, they are opening their stores again … it’s a good moment for me to come back,” he said.